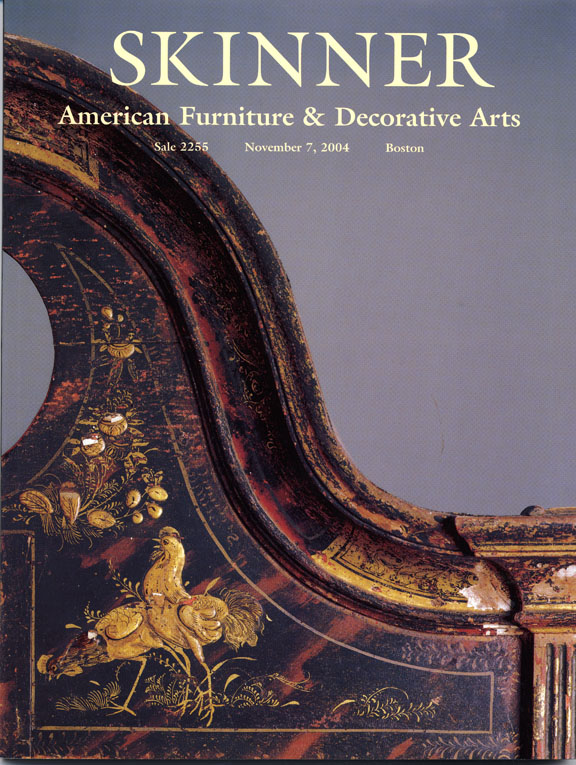 Every salad needs some dressing.

Skinner's, the Boston auction house, recently issued a catalogue for their upcoming sale of antiques and decorative arts. It will be held on November 7th. Their catalogues are always worth a careful examination even if your collecting interests are at the margin of the catalogue's focus. They combine the appeal of attractive four-color magazines with the potential for finding something to bid on. They are well done and this most recent catalogue is no exception.

Book people will be wondering where the books are in this catalogue and I'll admit I didn't see any in the textual descriptions. Undaunted I looked further. Lot 1 looks interesting. This is an Auburn Boattail Speedster Style Convertible, a "custom fabricated reproduction" or as we say in the book trade, a reprint. If I'm going to drive down backroads looking for booksellers who haven't yet discovered the internet and want $10 for all their damn books I think I want to be driving this car. It's estimated at $25,000 to $35,000. For those who insist on buying a book I'll bet that an operator's manual is included.

No. 111 is a painting and easy to include. It's an unsigned portrait of Ebenezer French [1787-1850]. To those who don't know him Ebenezer was born in Boston and originally worked for the Boston Patriot newspaper. Later he founded, with Isaac Monroe, the Baltimore Patriot which was the first newspaper to publish The Star Spangled Banner. He was active in the defense of Baltimore during the War of 1812 and later a minor official under John Quincy Adams in the State Department. This 26" x 24" piece of American history is estimated at $2,000 to $2,500.

Lot 113 is an unsigned watercolor, guache, pen and ink work of Commodore Preble's attack and bombardment of the harbor at Tripoli in 1804. It is only fractionally larger than 9" x 13" framed but quite eye catching. Those who collect the Barbary States with a subtle American twist will find this appealing. $1,000 - $1,500

Lot 305 is the unsigned Portrait of Fire Engine Pumper Excelsior Eagle 3. This is a beauty and looks like it should be on the wall behind one of those bars that charge $10 for a martini. It is a large painting, 44" x 77", so measure your den walls carefully before committing yourself to the fray. The estimate is $5,500 to $6,500.