So where is Sam Spade when you need him anyway? 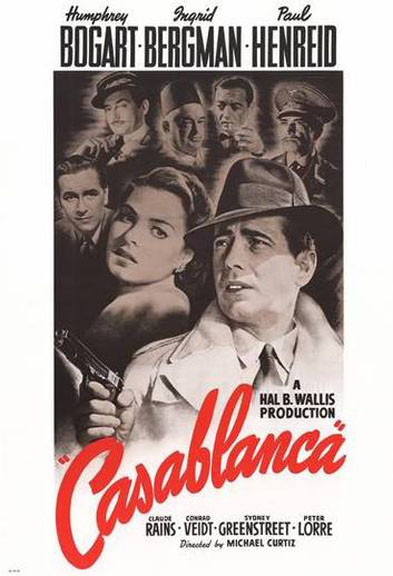 Here's looking at you kid.

That's the question being by asked by the LA bibliophilic community these days. Long established eminent book and ephemera collector Dr. Gary Milan of Beverly Hills was recently the victim of a daytime break-in and theft of a large safe filled with a portion of his collection of important movie memorabilia. The 500 pound safe was stolen on October 19th between 2:30 and 3:00 in the afternoon from his estate. A police report has been filed and an investigation is underway. The authorities are looking for a truck full of movie lovers.

Dr. Milan has been building a collection of irreplaceable movie memorabilia for more than twenty years, much of it purchased at auction. Among the material taken are important items relating to the Maltese Falcon, Casablanca, Citizen Kane, and Stagecoach.

Here is a brief summary of the stolen material.

Scripts for The Maltese Falcon, multiple copies of scripts for Casablanca, a Stage Coach script signed by Walter Wanger and John Ford with attached letter. Script for Citizen Kane;

Press books for Casablanca, Maltese Falcon and It Happened One Night;

Original correspondence between John Huston and Warner Brothers regarding the play "Everyone Comes to Rick's" which later was renamed Casablanca [1943];

A copy of the play "Everyone Comes to Rick's" [later renamed and became the basis of the movie Casablanca];

Michael Curtiz's nomination plaque for an Academy Award for best director for Casablanca [1943];

Two archives [folders] of notes and information that were from the personal files of Henry Blanke, who was associated with the productions of Casablanca and the Maltese Falcon;

Multiple signed cast photos of the Maltese Falcon and Casablanca including many photos signed Dudley Wilson as Casablanca Sam;

Letter from Jack Warner to George James Hopkins congratulating him for his work on Casablanca;