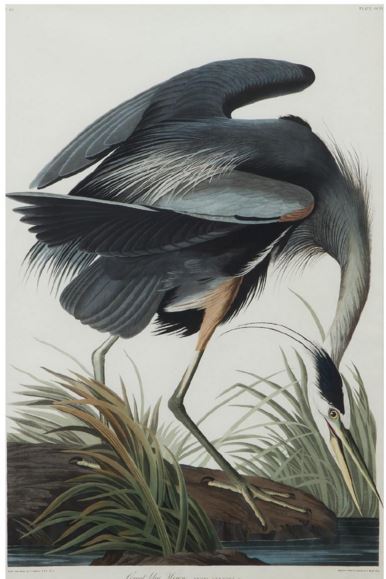 This month we welcome the Dallas Auction Gallery to the list of houses whose auctions we follow. Dallas Auction Gallery is not new to the field. They have been around since 2002, when the house was founded by Dallasites Scott and Kathi Shuford. DAG specializes in the highest quality of art, antiques, and antiquities. However, over the years, the lines between the art and books/paper field have become blurred. Fewer people collect just books, or just paintings. Collections expand, from art to text, and text often becomes works of art. It is natural now to find items at an "art" auction that will be of interest to those who search the listings on this site.

Next up for Dallas Auction Galleries is the Fine Art Auction on November 4, featuring works from the collection of Sam Wyly. Sam Wyly is a Dallas entrepreneur, a man whose many business ventures took him from a typical American childhood to a billionaire. A couple of the companies he made into household names are Michaels Stores and Green Mountain Energy. He and his wife also owned Explore Booksellers in Aspen, Colorado. Unfortunately, the SEC and the IRS have raised questions about Mr. Wyly's past business practices. The SEC would like a few hundred million dollars from him, the IRS a couple of billion. That's a bit much for even a billionaire. Mr. Wyly declared bankruptcy to consolidate the claims and keep some semblance of control over his assets as he contests the claims in court. Meanwhile, much of his collection has been put up for sale, affording others a chance to purchase some of the wonderful items he has collected. One auction was held last spring, with this second one set for November 4.

Nowhere does art and books merge more than in the works of John James Audubon. They may equally merge in artists' books, but Audubon's work was intended to be the more traditional book, designed primarily to be informative more than a work of art. Audubon's purpose was to introduce the world to the birds of America, mostly unknown even to Americans. He scoured the back country of what was then the unsettled West, discovering and drawing the species of birds that inhabited the area. It was a long project, Audubon dedicating a dozen years to drawing and arranging for the printing of his illustrations. The plates reproduced from Audubon's drawings were issued separately, not uncommon in the day, and issued over many years. Subscribers would later have the plates and text bound together. Aududon wished to make his drawings life size where possible, the result being that while not all are of the same size, each is a large image. They needed to be bound together as a double-elephant folio, a massive size book not all that conducive to holding up and reading.

The Dallas Auction Gallery has 11 of these plates produced from the late 1820's through the 1830's in the upcoming sale. They are offered separately, as issued, as are most illustrations from the first edition of Birds of America today (complete bound copies in top condition have sold for over $10 million). Estimates range from $2,000-$3,000 to $25,000-$35,000, depending on the plate. Needless to say, but the expectation is buyers will display them on a wall, not secret them away on a bookshelf.

More traditional items within the books and paper field include letters and other documents signed by U.S. Presidents and other notable figures. Franklin D. Roosevelt, John Adams, and Benjamin Franklin are represented, but perhaps the most interesting is a letter from the not-so-great President, Andrew Johnson. Johnson was selected as Lincoln's running mate in 1864, becoming Vice President the following year, and shortly thereafter, President when Lincoln was assassinated. In time, he would become terribly unpopular in the North, as he was very gentle with the defeated South, and too (in many people's view) indifferent to the plight of the freed slaves. This letter, written in 1851, when Johnson was a congressman, displays the motivation that led to his surprising selection to run on the ticket with Lincoln. Writes Johnson, "I am a democrat in the enlarged and spoken sense of the term and have devoted the best efforts of my life to ameliorate the condition of the laboring man. The time has arrived when the toiling thousands in the U.S should be honored with a laboring man for the Presidency. A man who in fact has been a laboring man-one whose sympathies are with the mass." The reason that border state Tennessean Johnson remained with the North during the Civil War, despite no notable concern about slavery, was that he despised the aristocracy of the South, the slave owners who had almost as much contempt for the white working class as for the slaves. The estimated price for this insightful letter is $4,000-$5,000.

If Johnson was disliked, this next document came from a man hated like no other in America at its time. Offered is an appropriation by the British Parliament in 1778 for £27,457 to three "contractors for virtualizing the forces in North America." It is signed "George R.," that being King George III. "Virualizing" is evidently a euphemism for supplying arms. There is great irony in this as the British were forced to spend vast amounts of their own money because the colonists refused to be taxed by them for peacetime expenses. This document is estimated at $5,000-$6,000.

A much more popular British leader was Prime Minister Winston Churchill. He was not only a man who did much to save the world, but was also a prolific author. He wrote voluminously about events he experienced, which made him a natural to write a detailed account of the Second World War. Long before that, he wrote about a much less significant battle, The Story of the Malakand Field Force, An Episode of Frontier War, a first edition, second issue, published in 1898. This was Churchill's first book. It is an account of a mission by British soldiers in India to quell local tribes that had been conducting raids. Churchill, always seeking action, volunteered for the mission. This book is estimated at $800-$1,200.

After Theodore Roosevelt left the White House, declining to seek reelection, he immediately set out on a big game expedition in Africa. The result of his adventures was this book – African Game Trails. An Account of the African Wanderings of an American Hunter-Naturalist. That was the perfect description of Roosevelt in the outdoors, both hunter and naturalist. This was an enormous expedition, Roosevelt taking along 250 others and coming back with thousands of plant and animal specimens for the Smithsonian, along with some trophy game. This was a limited edition book (500 copies) published in 1910 and signed by Roosevelt. Estimated at $3,000-$5,000.

Lots from this auction and future Dallas Auction Gallery auctions pertaining to books and works on paper will now be found on searches of Upcoming Auctions on this site. Results from these auctions will be included in the Rare Book Transaction History for those who subscribe to this database. We expect there will be much of interest to collectors in the years ahead.

Here is a link to this auction's catalogue:

The link to the Dallas Auction Gallery website is here: