Matisse and the Book Arts: An Exhibition at the Morgan 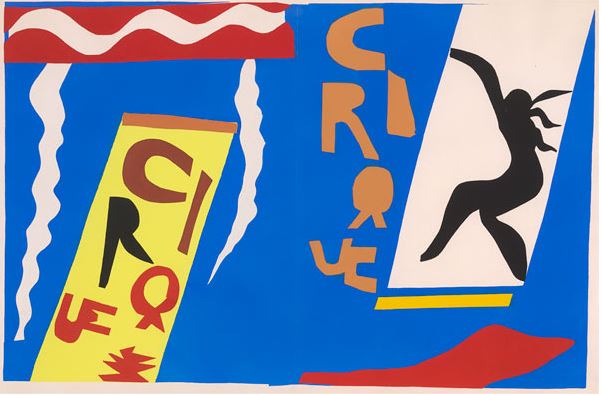 Henri Matisse is renown as one of the greatest artists of the twentieth century. He is best known for his paintings, though his sculptures and drawings are also highly celebrated. Not quite as familiar is the extensive work he accomplished in the book arts. From 1912 until his death in 1954, he was engaged in almost 50 book illustration projects. His involvement was often well beyond that of an illustrator. He supervised typography, page layout, lettering, ornament and cover design. He approached these with his characteristic zeal and attention to detail. He sought the perfect fusion of text and art in the projects with which he was involved.

The Morgan Library and Museum in New York will be hosting an exhibition of Matisse's work in the book field from now through January 18, 2016. The exhibit is titled Graphic Passion: Matisse and the Book Arts. The Morgan is gathering 30 of Matisse's masterpieces for display. Morgan Director Colin B. Bailey explained, "Henri Matisse's art is some of the best known—and most loved—of the modern era. This exhibition focuses on a somewhat less familiar aspect of his work, but one that inspired a passionate and enduring commitment during the latter part of the artist's career. The extraordinary volumes on view show Matisse delighting in the smaller scale of book design and are a testament to the fact that his talent transcended any medium."

The exhibition begins with the 1912 monograph by Matisse's friend André Rouveyre. He provided the frontispiece portrait of Rouveyre, Matisse's first example of book illustration. The exhibit continues through the succeeding 20 years to the next milestone, Matisse's first artist's book. That would be the 1932 publication of Stéphane Mallarmé's Poésies. He was put in charge of the production of (and expenses for) this limited edition. Three years later came his most notable collaboration. Matisse would work together with James Joyce on a limited edition of Ulysses. The publisher had different ideas for illustration than Matisse, and the original lithographs were, in his opinion, a mess. Somehow, all three survived the ordeal, and Matisse signed the 1,500 copies (Joyce signed a smaller number).

By the early 1940's, Matisse's health had seriously declined. Painting and sculpture became difficult for him. It was then that he turned to a new art form, gouache cutouts, or "drawing with scissors" as he called it. He would cut out painted paper and arrange it in colorful designs. This technique would be highlighted in his 1947 artist's book, Jazz. The challenge here was satisfactorily reproducing the cutouts in printed form. During this period, Matisse was producing covers for the art magazine Verve, and the display concludes with the posthumous 1958 tribute issue of Verve featuring his illustrations for the publication.

There will be several public programs hosted by the Morgan during the exhibition. Additionally, an exhibition catalogue, Graphic Passion, with 170 color illustrations and a history of nearly 50 Matisse books written by John Bidwell, is available. To learn more about the exhibition and the programs, or to order the catalogue, click here.