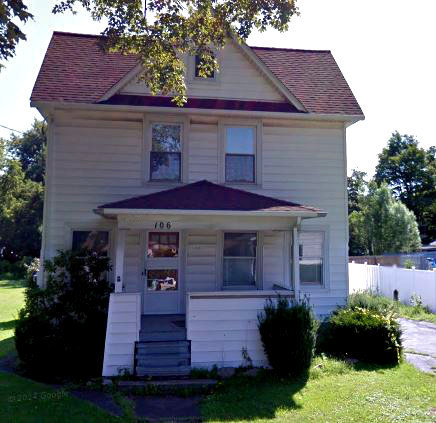 One of the defendants in the robbery and murder of an elderly comic book collector has pleaded guilty to the Rochester, New York, area crime. Donald R. Griffin, 37, was not the ringleader, but the blow he allegedly delivered to 78-year-old Homer Marciniak may have been the primary cause of his death. Griffin is scheduled to be sentenced on February 3.

The ringleader of this "enterprise" was one Rico Vendetti, owner of a pawnshop and bar in Rochester. However, he made his big money, reportedly as much as $40,000 - $50,000 a month, through a different business venture. Vendetti hired people to steal stuff, all kinds of stuff and lots of it. Most of it came from stores. He would pay them a small portion of its retail value and then put it up for sale online. Ebay was his favorite sales vehicle, though he also used Craig's List. Items that he sold ran all the way from razor blades to Rogaine, anything with a viable online market.

Homer Marciniak was a western New York comic book collector. Marciniak was not a wealthy man. He was a retired janitor. He wasn't out buying million dollar Superman first editions, but he loved comic books and had been collecting them since he was a boy. His collection has been valued at $30,000 - $100,000. Marciniak was especially proud of the collection, and perhaps that is how Vendetti became aware of it. He hired a bunch of his friends to visit Marciniak's home and relieve him of his comic books.

One of those men was Griffin. On July 5, 2010, they broke into the house, where the elderly man was sleeping. The noise woke him up and Marciniak came out to see what was going on. It was then that Griffin allegedly struck him in the face. The men then tied him up. Marciniak suffered cuts and bruises and was later taken to the hospital. He was patched up and released, but later that day, suffered a heart attack and died. Prosecutors attributed the heart attack to the trauma he had suffered during the robbery.

Vendetti and some of his associates have already pleaded guilty. He, too, is awaiting sentencing. Vendetti was allowed to plead guilty to racketeering and charges other than murder. That plea was entered so as to avoid the life in prison term that could have come with the murder charge. However, his much deeper role in the criminal enterprise will likely earn him a long sentence. One estimate is 20 years, though the judge will have the final say. As for Griffin, it is unclear. He seems to have been something of a bit player in the entire criminal enterprise Vendetti ran, but he is also the one who decided to commit violence on a 78-year-old man when confronted in the hall. Why he chose to do such a thing, and get himself charged with murder is hard to fathom. If he had limited himself to a few threats and made the man sit down, he probably would be looking at a year or two in jail, with a chance for parole even sooner. Presumably he is facing something far longer now. The criminal mind is hard to understand.