How Not to Get Rid of Too Many Old Books 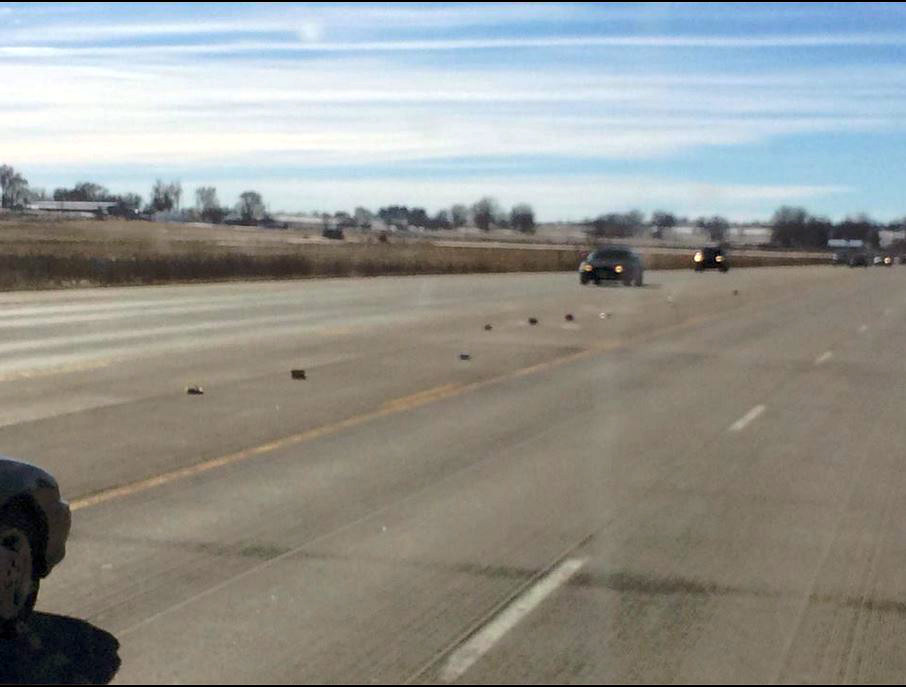 The man dubbed by police the "literary litterbug" has been fined and sentenced to community service after pleading guilty to three counts of littering. Glenn Pladsen of Arvada, Colorado, entered his plea a few weeks back for his unique way of disposing of too many old books. The case baffled troopers and Department of Transportation workers for months. While Pladsen's answer to his problem of owning too many valueless books was unconventional, it does throw light on the issue that others in the book trade face – what to do with thousands of old books nobody wants?

Last spring, Colorado Department of Transportation workers began finding old books strewn along Highway 287 in Boulder County. U.S. Route 287 is 1,791 miles long, extending from Port Arthur on the Texas Gulf Coast to Choteau, Montana. The books, however, were concentrated in a four-mile stretch in Boulder County. Most, oddly enough, were found in the median, not along the side as one might expect. They had no idea who or why.

Officials weren't terribly amused. While most books were in the median, some landed on the highway, posing a potential safety hazard for drivers. For the rest, it required highway workers to clean up the mess, necessitating lane shut downs to clear them away. The DOT tried equipment to pick them up, but it didn't work. They had to have workers pick them up by hand. There is not a wide, grassy median along this road but only a single-lane stretch of pavement dividing north and southbound traffic, not a safe place for someone to be picking up books by hand. This is why adjacent lanes had to be closed down – to reduce the risk of workers being hit by high speed traffic.

At least 600 books were recovered, though there may have been more. Many were paperback romance novels, though many other sorts of books were also found. None appeared to be of much if any value. That was of little surprise as people usually don't toss valuables, particularly in large quantities, in a highway median.

Officials sought help from other drivers along the stretch of road and determined the time of day they were being dumped. It gave them an idea when to look. Finally, in April, Trooper Wilder of the Colorado State Patrol observed Pladsen tossing books out the window of his car. The who was answered, though not the why.

As annoyed as the State Patrol must have been at Mr. Pladsen, they never lost their sense of humor. In their press release announcing his arrest, the State Patrol noted, "On the surface, this may seem like a petty thing, but you can't judge a book by its cover." They went on to say, "Throughout Trooper Wilder's investigation, he worked with CDOT to ensure we were on the same page. The investigation went strictly by the book... Trooper Wilder threw the book at the driver for six counts of littering from a moving vehicle... and we sincerely hope this is the final chapter in this annoying story."

Pladsen pleased guilty to three of the littering counts in return for the other three being dropped. He was ordered to pay $1,725, the estimated clean up and court costs, and perform 30 hours of community service. But... why did he do it?

Pladsen gave an interview to the Times-Call, of Longmont, Colorado, and explained his actions this way. He said he acquired thousands of books eight years earlier from a used bookstore in Boulder that went out of business. He intended to sell them online. Unfortunately, he claimed, he couldn't compete with Amazon, so he was stuck with the books. No one wanted them. He couldn't even give them away. He also claimed arthritis prevented him from lifting the books into a dumpster, and long working hours made it difficult to deliver them to a landfill. So he came up with another plan.

He worked a few miles up Route 287 as a technician. He would pack some books in his car before going to work, and on his way, he would toss them out the window. This is why they ended up in the median, not on the shoulder. He said he only did it when no other cars were close by, assertedly for safety, but one can imagine not getting caught might have been a factor. Pladsen also claimed he didn't think there was anything wrong with what he was doing. He thought the books would end up in the ditch alongside the road and then somehow disappear. We can be doubtful of that claim, but believe him when he said he had no idea that what he was doing was causing a stir with police and the public. Presumably, if he knew they were looking for him, he would have stopped before getting caught.

While Pladsen seems to have made little effort to find legal ways to dispose of his books, his case does reveal a problem. Some booksellers nearing the end of their careers are blessed, or cursed, with large inventories of books. There may be tens of thousands, even more, most of very little value. Some communities have large library fairs that may welcome a lot of them, but most do not, and not even the biggest may be able to accommodate all. When they can't be given away, some cities have recycling opportunities, but many do not. Quantities may be too large for local landfills, or at least not without a hefty disposal fee. It is something to think about, if you are a dealer, or even a "collector," with large numbers of books of little value. It may be easier to dispose of them gradually – not by throwing a few out your car window everyday, but in a more appropriate manner.