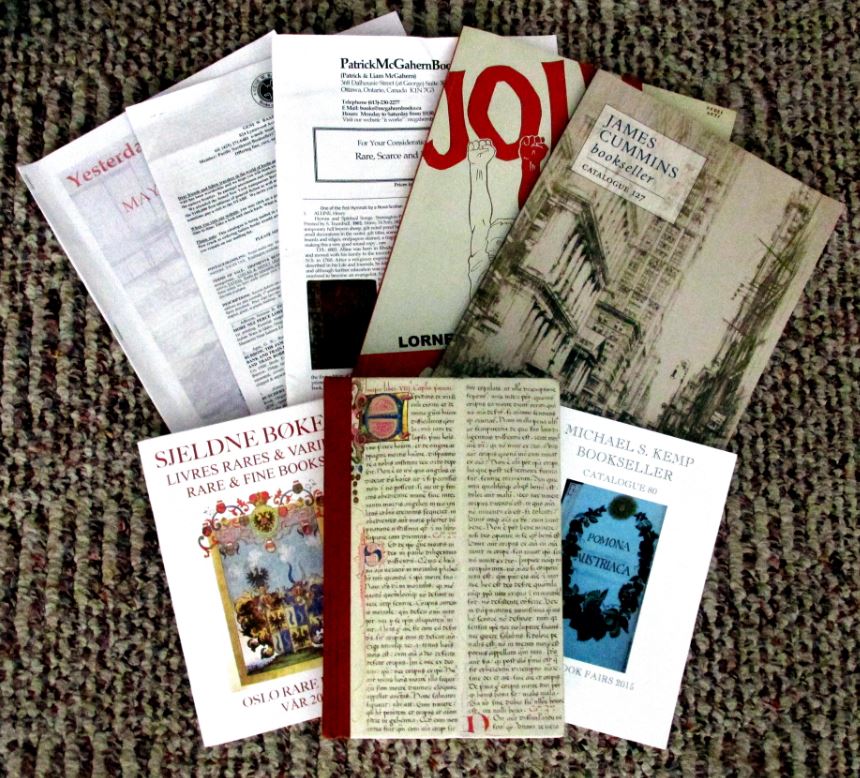 This month we received eight new catalogues to review. This time, most could be described as varieties or miscellanies, rather than the highly focused subjects we often see with booksellers' catalogues. Jonathan A. Hill Bookseller features fine and very important books and manuscripts covering a variety of fields. Michael S. Kemp Bookseller has many British items (and others as well) due to his location in England, but subjects again vary. Oslo Rare Books comes from Norway, though their variety is concentrated on European and English material, not specifically Norwegian. Patrick McGahern Books is located in Canada, but they cover material not just from Canada, but its neighbor to the south and Europe as well. James Cummins Bookseller offers all types of material but with a focus on the very best. From Yesterday's Muse Books we find books covering medicine, literature, the military, American history, and many more subjects.

Gene W. Baade Books on the West is more subject specific. Naturally enough, that subject is the American West. Lorne Bair Rare Books is similarly focused. They offer radical literature and posters, radical referring to politics, mostly well to the left, occasionally far to the right.

To see all of these reviews, click here now.