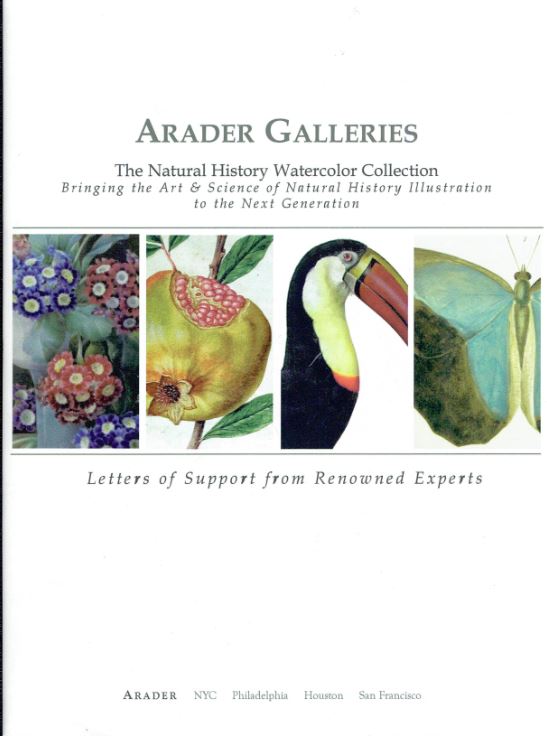 Art and science are about as different as two fields could be. Or are they? New York art, map and book dealer Graham Arader thinks not, and he has bet part of his own collection of fine artwork on the idea that the two are indelibly intertwined. It is a bet that has already paid off for several universities, with others likely to be added in the years ahead.

Mr. Arader, owner of the Arader Galleries, headquartered in New York but with several locations around the country, has been a map and art dealer for 40 years. Much of the art to pass through his hands has been connected to the world of science. There is no greater example than Audobon plates, of which he is the world's largest vendor today. Audubon's drawings are among the most beautiful works of art to be found, and yet their primary purpose was scientific, to introduce the little known birds of America to the world back in the 1830's. It was an understanding of this connection between art and science that led him to initiate a program to bring the art of natural history to students at participating universities.

While the Arader Galleries has long sold fine art to institutions, the purpose of this program is to make natural history art more visible, rather than being placed in a rare book room of a library with a limited number of visitors. Art received through the initiative is to be placed on display, in classrooms or other places where students will come in frequent content with it. Mr. Arader also has supported teaching using the art, encouraging hands-on experiences with the works.

The beauty of the program is that the art comes to the universities at no charge. Mr. Arader has taken on the responsibility of fund raising. His long association with higher end collectors has given him access to others who share his belief in the connection between art, science and learning. Additionally, he pledges not to use a college's regular donor base to support the program, so that it does not draw away support the university might otherwise receive. There are no costs or obligations on the part of the recipient colleges other than to make the art available to its students.

Perhaps this still leaves the question unanswered why Mr. Arader is so passionate about the connection between art and science. His belief is that appreciating the beauty of the art will help people appreciate the beauty of the underlying science. In a mission statement written at the beginning of the program in 2010, Mr. Arader said, “It is my strong feeling that once students learn in considerable detail about the natural history of our planet, they will fight passionately to protect all living things. Once they appreciate the art and illustration of our world, they will want very much to keep it stable.”

Recently, he told us a story about a copy of the Octavo edition of Audubon's Birds of America he was asked to appraise shortly after the death of Laurence Rockefeller in 2004. Laurence Rockefeller was a grandson of oil tycoon John D. Rockefeller, one of the five wealthy Rockefeller brothers that included Vice-President Nelson Rockefeller. While a couple of his brothers gravitated to politics, Laurence was noted as one of the most important American conservationists. Explains Mr. Arader, “Right after Laurance Rockefeller died I was asked to appraise his books. On the inside front cover of a set of Audubon's octavo Birds of America was inscribed 'For Larry on your 8th birthday. Hope this gives you an interest in conservation. Love, Daddy.'” Mr. Arader then asked, “Could looking at Audubon's masterpieces as a child have had something to do with creating one of the great conservationists of the 20th century?” That is, perhaps, a rhetorical question.

Among the colleges participating in the Arader Galleries natural history art program are the University of South Carolina, University of Tennessee, University of California at Irvine, Northeastern University, and Prescott College.