20,000 Books Are Seized from Italian Politician Now in Prison for Mafia Ties 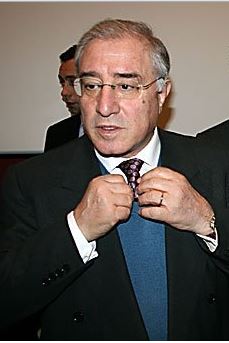 Italian authorities have seized 20,000 books from a private library, charging many had been stolen over an extended number of years. The books themselves were published from the 15th through the 19th century. The collection has been valued at some unspecified number of millions of dollars.

The owner of the library was a former Senator and influential associate of three-time Italian Prime Minister Silvio Berlusconi, a man with a checkered past himself. However, former Senator Marcello Dell'Utri did not stand in front of the cameras to proclaim his innocence. He couldn't. Senator Dell'Utri was already in prison, serving a seven-year sentence for Mafia ties.

Mr. Dell'Utri has long been associated with the former Prime Minister, and was instrumental in his rise to power two decades ago. Dell'Utri was connected. While his conviction covered a number of charges such as tax and accounting fraud, the major crime involved his Mafia connections. Many believe that these connections helped Mr. Berlusconi rise to power. Indeed, the former Prime Minister himself has been charged many times over the years with a variety of offenses, but despite the many prosecutorial attempts, the only conviction ever to be upheld was for the same crime that sent Al Capone to prison – tax evasion.

It turns out that Senator Dell'Utri was not only an influential politician but also an avid bibliophile. While he may have trafficked on occasion in stolen books for financial gain, he clearly had a great passion for collecting old books. Most were kept at a private foundation library he operated in Milan, but 3,000 were held in his “sanctum sanctorum” (holy of holies) personal library.

The seizure of Dell'Utri's library arose out of Italy's other enormous book theft case. Some 2,000-4,000 books were stolen from the Girolamini Library in Naples. The Director of that library, Massimo De Caro, was convicted of using his position to steal thousands of its books, which were then filtered to a network of associates to sell overseas. Mr. De Caro was seemingly absent of any qualifications for the position to which he was appointed. It appears unlikely he could have reached that position without important political help, and that help likely came from his powerful friend, Senator Dell'Utri. Mr. De Caro seems to have returned the favor by giving a few antiquarian books to Mr. Dell'Utri, ones removed from the Girolamini Library. This is what friends are for.

What Mr. Dell'Utri received from Mr. De Caro was insignificant to his collection, which makes this minor act of corruption most ironic. It was the former Senator's possession of a few books taken from the Girolamini Library that led police to delve more deeply into the source of his entire collection, and eventually seize it all. Mr. Dell'Utri, naturally enough, quickly claimed ignorance of the source of the books he received from Mr. De Caro and returned all but one. However, officials were less than convinced that that the ethically-challenged Mr. Dell'Utri was so naive when it came to gifts from the ethically-challenged Mr. De Caro. In another bit of irony, both Senator Dell'Utri and Mr. De Caro are now each serving seven-year prison sentences, Dell'Utri for his Mafia connections, De Caro for stealing books.

Officials, who seized the books over a year ago (but only announced it recently), are still trying to trace their origin. They believe the books, or at least a substantial portion, were stolen. They have not named any of the places victimized by the thefts, other than to say they include both church and public libraries. Police are trying to reconstruct the books' history, but this will be an enormous task. There are so many books, taken over a lengthy period of time, from what appears to be many sources. It is hard to imagine they will ever be able to put all of the pieces to this puzzle back together again.