Second Battle of the Alamo Begins at the Alamo Library 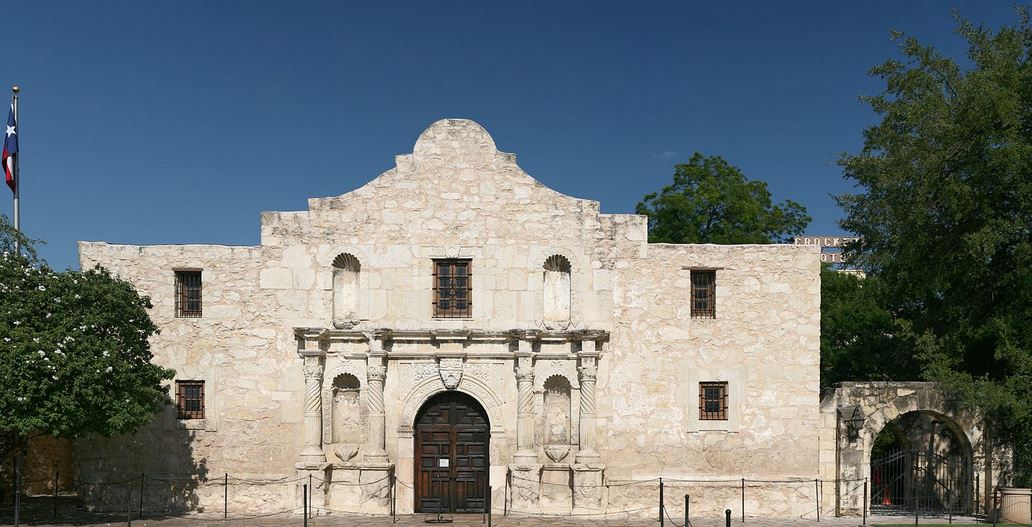 Remember the Alamo? Of course. Everyone remembers the Alamo. It was the site of the Texas rebels last defeat in their fight for independence from Mexico. It was a slaughter – no Texian survivors, but it also coined a battle cry. Just six weeks later, the Texians turned the tables on Santa Anna, forcing the Mexican leader to grant them independence or lose his life. The Mexican General chose the former. The Republic of Texas was born.

What you may not remember, or perhaps never knew existed, is the Alamo Research Center, a library adjacent to the Alamo grounds. It contains 38,000 books, documents, and other historical items. Now, according to a lawsuit recently filed in Texas, someone is trying, in effect, to steal that massive collection. The alleged thief is none other than the State of Texas.

Over a century ago, 1905 to be exact, the Alamo was at risk of being destroyed. A public-spirited group, the Daughters of the Republic of Texas, stepped in to save it. The Daughters were descendants of those who fought for independence. Their mission is to preserve historic relics from the Texas Revolution and Republic days. The Daughters purchased the Alamo and gave it to the State of Texas. However, they have maintained and operated the historic site on behalf of the state for all of these years, until a short time ago. At that time, the state decided to take control of the Alamo itself, as was its right as the owner.

Now, the state has taken another step toward control, and the Daughters are crying foul. The state has said it will take over the library and most of its contents. This, the Daughters say, was never given to the State of Texas. They built the building, raised funds to operate it, and most of the items in it were given to them, not Texas. “Hands off,” they said, in many more words, in a suit filed in Texas asking a court to declare they are the legal owner of the library and the material within, except for any items specifically given to the state.

The suit was filed against the Texas General Land Office, which has announced its intention to take the property, and its Commissioner, George P. Bush. For those not familiar with George P. Bush, he is slated to be the third President George Bush, and the fourth President Bush, after his father, Jeb Bush. This, of course, presumes he can defeat Chelsea Clinton.

When the State took over the Alamo, the Daughters were evidently less than pleased, but could do little except, perhaps, regret their decision to give the property to the state over a century earlier. However, in a joint statement with Commissioner Bush, they made their intentions with regard to the library clear. Their President General stated, “While we regret our changing role in its daily management, it does not diminish our unending passion for the preservation of the Shrine of Texas Liberty, and we look forward to maintaining our library collection as a historical resource for all Texans to enjoy.” They may have looked forward to “maintaining our library collection,” but it took just a few days for the state to look forward to seizing its library collection.

In their suit, the Daughters said that the Land Office ordered them to shut down the library on weekends, save one Saturday a month. It says the Land Office further warned them that the San Antonio police would make “special patrols” to make sure they didn't remove anything from the collection. One imagines this comment did not sit well the gentleladies of Texas.

As to why the state is taking control of the Alamo, and claiming ownership and control of the library, it is not totally clear. Presumably, the state feels it can do a better job of maintaining and preserving the site and its artifacts than can the Daughters. Interestingly, when it took over the Alamo, the state said it would seek an outside management company to develop a strategic plan for the site, an indication that it did not have a specific plan in mind when it took control of the property.

While the Daughters of the Republic of Texas has made its sentiments known through its lawsuit, a link to which is posted on their website, the Land Office declined to make a comment. We will have to wait to see how this all plays out. But someday, a new generation of Texans may enshrine the memory of the Second Battle of the Alamo against a tyrannical government with the battle cry, “Remember the Alamo Research Center!”

Editor's Note:  We thank Michael Widener of the Yale Law Library for his perspective concerning this controversy in a letter we received.

"I read with interest Michael Stillman’s article, “Second Battle of the Alamo Begins at the Alamo Library.” The article gives the impression that the Daughters of the Republic of Texas are victims. For context and a different light on the controversy, I suggest reading pages 30-32 of the 2012 report by the Texas Attorney General, as well as the Bergman article (attached) and this April 6, 2015 article in Texas Monthly:

During my 14 years as a special collections librarian in Texas I heard from colleagues about the DRT’s management of its library, but since that is only hearsay I won’t repeat it.

Writer's Comment:  It was not my intention to take sides. The Daughters of the Republic do not have the greatest reputation for care of the Alamo with some Texans. Then again, the state of Texas does not have a wonderful reputation for concern for public interests vis-a-vis private ones. Putting such assets in the hands of a government that hates government if chancy. All hat and no cattle. Where is Davy Crockett when you need him?