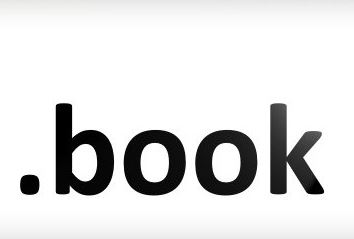 There is a new domain name suffix coming to an internet connection near you soon that may be of great interest to those in the book trade, or those who just like books a lot. That domain root is .book (dot-book). However, you can't just put in an order with a typical domain registration service, like you were seeking to register a new .com name. You will have to seek the permission of a company that might not be your very favorite company in the whole world. The .com domains are under the exclusive control of Amazon.

Recently, ICANN (Internet Corporation for Assigned Names and Numbers) held an auction to determine who would have the right to control all domain names ending in .book. ICANN is a non-profit organization with authority to control internet protocol numbers and domain name roots. A few years back, they came up with a very profitable idea for a non-profit – they decided they could raise a lot of money for their organization by selling new roots for a system that was once limited to .com, .org, and .net. There is, quite literally, an unlimited number of new roots now available for those who want to buy one. The more popular ones, however, are in high demand, and the result is they are being auctioned off for big bucks.

The .book domain was particularly popular. Nine companies, including behemoths Google and Amazon, bid for rights to .book. Since it was a private auction, the winning bid price was not revealed. Based on other prices, it is believed that Amazon's bid was in the $5-$10 million range. One under bidder, Minds + Machines, a firm which owns and licenses domain names, claimed it bid $8 million, and it was not even the runner-up, suggesting Amazon's bid was, at minimum, in the high end of that range. The runner-up was R. R. Bowker, a firm with long ties to the book industry, which issues ISBN numbers in the United States.

An outcry was raised a couple of years ago when Amazon first sought to purchase exclusive rights to the .book domain name root. The Association of American Publishers stated that giving Amazon exclusive control of .book would deny others with an equally vested interest in the word “book” equal access to the term as a domain name. The President of the Authors Guild wrote, “Placing such generic domains in private hands is plainly anticompetitive, allowing already dominant, well-capitalized companies to expand and entrench their market power.” Bricks and mortar competitor Barnes & Noble objected this would “stifle competition in the bookselling and publishing industries, which are critical to the future of copyrighted expression in the U.S.” Even ILAB (International League of Antiquarian Booksellers) joined the fray, commenting through its President, Tom Congalton, “We have to play by the same rules. There is no reason why Amazon should get the exclusive rights to suffixes such as book, author or read, which are generic names any bookseller throughout the world should be allowed to use.” It was all to no avail. Books may speak, but money shouts.

Precisely how Amazon will use the .book domain is unclear. They may sell, or license the right to use .book domains to others, as is done with .com names. Alternatively, they may decide to keep the .book domain names all to themselves, making it an internet synonym for the Amazon website. It is now theirs to use as they please.