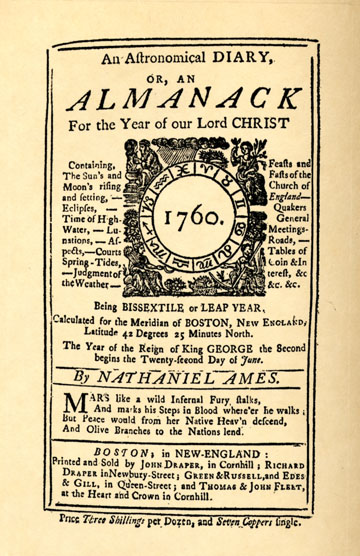 
Mr. Bradburn dealt largely in secondhand law, theological and medical books, and his shop was a veritable boon to impecunious students of theological seminaries and academies of medicine and to briefless attorneys and counselors at law. Books of a less utilitarian character, but possessed of more charms for the bibliophile, also found their way to his shop; and the patient searcher for rarities might at any moment stumble upon one tucked away among the volumes clad in prosaic legal calf which lined his shelves.

When first I knew this veteran of the old book trade he was a pleasant-faced, elderly man, with an air of prosperity and contentment about him, in puzzling contrast to the surroundings of his dingy, contracted, but typical old bookshop. The book business prospered so well with Mr. Bradburn that he was able to make investments in such choice Manhattan real estate as Central Park and Fifth Avenue lots, the "unearned increment" of which in course of time made him well-to-do.

There is not much ozone about old books, nevertheless dealing in them appears to be conducive to longevity. C. S. Francis, to whom we have still to refer, died at the age of eighty-five; and I have had lately the gratification of sending Mr. Bradburn my congratulations upon his attainment, on April 5th, 1895, of his ninetieth birthday, in good health and the full possession of his faculties.

One of Mr. Bradburn's near neighbors was John Pyne, a "man of many friends," who, we are told, resembled Joseph Sabin in this, that he never smoked tobacco or used alcoholic liquors. Mr. Pyne removed from Nassau Street to the corner of Broadway and Astor Place. Not meeting with the success he had anticipated, he returned to his former stand, but found that many of his old customers had drifted away. He finally abandoned the second-hand book business and entered the Register's office of the City of New York, where he remained until his death, in 1894.

In Nassau Street, between Fulton and Ann Streets, was the bookshop of T. H. Morrell, at one time the rallying place for antiquarians interested in old New York and Revolutionary history. Mr. Morrell was more conspicuous as an "extra illustrator" than as a dealer in rare books, although he had acquired a knowledge of and trafficked to a considerable extent in the latter. His pronounced penchant was for books on the drama, New York City, and the American Revolution. Although the books he "extra illustrated " were for sale when completed— unless executed to order—he lavished upon them all the skill and taste of an experienced and enthusiastic amateur. His knowledge of the class of prints to which he confined his attention was thorough, and he inserted in his books the choicest and rarest that he could procure. When necessary he had them repaired and restored by George Trent, that unequalled adept in the art of cleaning, mending, and inlaying books and prints, and then consigned the volumes to the skillful hands of the binder, William Matthews.

A lasting monument to Mr. Morrell's zeal and industry is the copy of Dr. Francis's "Old New York," which he illustrated and extended to nine volumes. This book finally came into the possession of Mr. J. H. V. Arnold, and at his sale was purchased by Joseph Sabin for Robert L. Stuart at a cost of $230 per volume. It contains over twenty-five hundred prints, water-color drawings and autographs, and among the latter are either letters or signatures of all the mayors of New York up to the time the book was completed. It is by far the most extensively illustrated copy of any book upon New York local history, and will probably never be equaled, for there are no prints which have become so scarce as those which relate to old New York. The lithographic plates in Valentine's "Manual," which earlier collectors affected to despise and hesitated to use, have become Hobson's choice with the "extra illustrator " of this fair city of Gotham of today.

Mr. Morrell had always betrayed strong dramatic proclivities, and he finally donned the tragedian's garb. His formal entrance to the stage was made in the character of Cardinal Richelieu, and he selected Philadelphia as the scene of the first and, as I am informed, last public exhibition of his histrionic ability.

A few steps further up Nassau Street (No. 140) brought the book-hunter on his rambles to "Old Hollingsworth's," who afterward migrated to the east side of Broadway, near Great Jones Street. He dealt in prints and old magazines; and although his shop was a mere cubby-hole, it was well for the book or print collector to make in it occasionally a tentative cast of his drag-net.

Around the corner, in Fulton Street, was the store of Timothy Reeve and Company, who dealt exclusively in imported rare and standard books, which they sold at retail and to the trade generally throughout the country. They relinquished business in 1866, and were succeeded by the present firm of S. B. Luyster and Company.

Allan Ebbs was located on the west side of Broadway, near Fulton Street. His specialty was high-class and handsomely bound English books. In 1870, with his family, he took passage for Europe, and was lost on the "City of Boston."

C. S. Francis should have had an earlier place in these sketches. He came to the city in 1826 and opened a store at 189 Broadway, near Dey Street. From there he removed to 252 Broadway, under the famous old Peale's Museum. For many years his store was the headquarters for men of letters and lovers of books. His brother, D. G. Francis, who succeeded him in business, although advanced in years, has only within the last few months relinquished the management of the oldest established bookstore in this city.

Mr. C. S. Francis published the first American edition of "Aurora Leigh "; and the writer has in his possession Mrs. Browning's note in relation to Mr. Francis's acquisition of the copyright, which reads as follows: "Having received what I consider to be sufficient remuneration for my poem of 'Aurora Leigh' from Mr. Francis, of New York, it is my earnest desire that his right in this and future editions of the same may not be interfered with." This warning to trespassers is prominently displayed in the edition published by Mr. Francis in 1857.