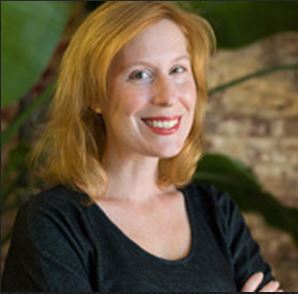 Heather O’Donnell, owner of Honey & Wax Booksellers, is our guide to bookish Brooklyn.

A few years ago Heather O’Donnell of Honey & Wax Books left her job selling rare books on Madison Avenue to launch Honey & Wax Booksellers in Brooklyn. At that time she found “There was no established rare book scene in the borough – no galleries, no auctions, no fairs – but the active interest and investment in print culture, old and new, made Brooklyn seem like a promising place to develop new collectors.” And she asserts, “Over the past decade … 21st-century Brooklyn has emerged as a vital center – if not the center – of reading and writing in the New York City area.”

“There was already a wide (and expanding) range of ambitious secondhand dealers,” she wrote in a recent email, “from deep generalists like P.S. Bookshop and Book Thug Nation to more specialized open shops like Unnameable Books, Freebird Books & Goods, and Terrace Books.”

“Booksellers like Singularity & Co. and Molasses Books have been experimenting with new business models, publishing under their own imprints as well as selling,” she added.

For the past two years, the Brooklyn Holiday Book Fair at the Old Stone House in Park Slope has served as an annual one-day showcase for vintage, out-of-print, and secondhand booksellers in Brooklyn. This year’s event on Saturday, December 6 will be its third year.

This fall Marvin Getman launched the first large-scale rare book fair in Brooklyn, in Greenpoint’s new convention center: the Brooklyn Antiques and Book Fair, which drew dealers from across the eastern seaboard. There are plans to reprise the event in September of 2015.

“So,” she pointed out, “there is definitely momentum, in terms of creating an audience for rare books here.”

Other examples that the life of the mind is alive and well and living in Brooklyn include a literary pub crawl through Brooklyn Heights that covers the waterfront, celebrating the dive bars and neighborhood joints of the neighborhood’s legendary writers, held on Sundays this Fall.

The Brooklyn Book Festival is now the largest free literary event in the city, drawing tens of thousands to Borough Hall each September. Independent literary and critical journals like n+1, Cabinet, and Slice offer an alternative to mainstream quarterlies (As Malcolm Gladwell smugly remarked: “Intelligent thought is not dead in New York. It has simply moved to Brooklyn.").

So while it may be true, as Thomas Wolfe famously said, “that only the dead know Brooklyn,” here’s a list provided by Heather and some links researched by AE to bring AE Monthly readers up to speed on one of America’s most thriving literary and bookish enclaves and encourage them to visit the area in person and via the internet.

Because Heather is our tour guide we take the liberty to list her first and include a few words about her distinguished background.

O’Donnell grew up in the library stacks and bookstore aisles of suburban Delaware. In 1989, she moved to New York City, where she studied English at Columbia, and held down a series of bookish jobs on the side: working the cash register at the Strand, shelving photo books in the Avery Library, sifting the slush pile at Grand Street.

While writing her doctoral dissertation in the Yale English department, she worked as a curatorial assistant at the Beinecke Library, where she developed an eye for rare books.

From 2001 to 2004, she joined the Princeton Society of Fellows, teaching in the English and American Studies programs, and then left academia to pursue the rare book trade full-time.

For seven years, she was a bookseller in the flagship New York gallery of Bauman Rare Books, dealing in a wide range of material, from incunabula to modern firsts, Shakespeare to Audubon to Churchill.

In the fall of 2011, she founded Honey & Wax Booksellers in Brooklyn. The firm has so far issued three striking catalogs, each one with the header: “Use BOOKS as BEES use FLOWERS. Reach her at heather@honeyandwaxbooks.com.

Here are numerous other links to the local scene. In some cases AE has taken a few words of description from their web pages.

The Brooklyn Book Festival is the largest free literary event in New York City (area), presenting an array of national and international literary stars and emerging authors. One of America’s premier book festivals, this hip, smart diverse gathering attracts thousands of book lovers of all ages to enjoy authors and the festival’s lively literary marketplace. Dates for next year’s event in Sept. 2015 have yet to be announced.

DUMBO based n+1 is a print and digital magazine of literature, culture, and politics published three times a year. It also posts new online-only work several times each week and publishes books expanding on the interests of the magazine.

Although core activity of this non-profit organization is the production of Cabinet magazine, they also publish books and CDs, and organize exhibitions, readings, panels, workshops, screenings, and conferences. In late 2008, Cabinet opened its own event and exhibition space in Gowanus .

Slice, a Brooklyn-based nonprofit print magazine, was launched in 2007 and has since garnered rave reviews from some of today’s leading authors, editors, and agents. Slice aims to bridge the gap between emerging and established authors by offering a space where both are published side-by-side. In each issue, a specific cultural theme becomes the catalyst for articles and interviews from renowned writers and lesser known voices alike. “We simply look for works by writers who promise to become tomorrow’s literary legends.”

Independent publisher with offices in Brooklyn and London. Melville House's founder, Dennis Johnson, was one of the earliest and most influential critics of Amazon's transformation of the book trade.

Founded in 1999, Booklyn is an artist-run, non-profit, consensus-governed, artist and bookmakers' organization headquartered in Greenpoint, Brooklyn.

This is the home of The Sketchbook Project collection in its physical form. Their walls are lined with shelves that hold the tens of thousands of sketchbooks created by members of the public currently in the collection. The Williamsburg library serves as a reading room. Its storefront encourages interaction between artists and their audience, and introduces members' work to new viewers. Brooklyn Art Library also hosts readings, artist presentations, and welcomes group visits.

Ugly Duckling Presse is a nonprofit publisher for poetry, translation, experimental nonfiction, performance texts, and books by artists. UDP was transformed from a 1990s ‘zine into a Brooklyn-based small press by a volunteer editorial collective. It has published more than 200 titles to date. UDP favors emerging, international, and “forgotten” writers, and its books, chapbooks, artist’s books, broadsides, and periodicals often contain handmade elements. Their Gowanus office and letterpress workshop is located in The Old American Can Factory and is open to the public by appointment.

Founded in 2005 Proteus Gowanus is an interdisciplinary gallery and reading room located centrally among several vibrant Brooklyn communities. It features exhibits of art, artifacts and books organized around a yearlong theme. They are exhibited in The Proteus Room, their central gallery space

Mellow Pages is an independently-run library & reading room located in Bushwick focused on providing limited-print fiction, poetry, philosophy and graphic novels to the local community. With a collection of over 4,000 titles, Mellow Pages is an important source for small and independently-pressed books, including ‘zines and chapbooks. Though the reading room and space are free and open to the public seven days a week, membership is required to check out books. This can be done for free by loaning books of your own to the collection, or by donating $20 for a year.

The Arena is a gallery, boutique, book store, performance, and events space located at 37 Main Street, in DUMBO. With soaring 24 foot ceilings on the 5,000 square foot ground The ARENA showcases a series of landmark exhibitions, performances, and controlled mayhem fusing the worlds of art, photography, design, fashion, pop culture and much more.

Established as an independent neighborhood bookstore in the Fall of 1981, BookCourt is a Brooklyn family-run, literary mainstay, offering an expansive inventory, the most competitive book discounts in NYC, and one of the top events series in the country. The Village Voice named it one of the best bookstores of 2012.

Opened in 2009, Greenlight was named one of the best family bookstores of 2012 by TimeOut New York Magazine. It’s stocked with a selection that goes well beyond best-sellers. The store hosts reading events for both adults and children, often with local writers.

According to their website this firm specializes in Used, Rare, and New Books on Contemporary Art, Architecture, and various Design fields, with an emphasis on Imported or hard-to-find titles. Located in Williamsburg it’s been in business since 1999.

Berl’s bills itself as the only all poetry bookstore in the area. They specialize in indie press chapbooks and books.

Idlewild is a travel specialist with locations in Cobble Hill and Manhattan. The New York Times gives it high marks for travel texts, guidebooks, maps and phrasebooks grouped with literary fiction, memorairs, and novel.”

Part of DUMBO since 2006 it asserts “a used bookstore’s very charm is its leaning toward the past.”

Unnameable Books is located in the heart of Prospect Heights where they buy and sell new and used books. They are known for their deep literature and philospohy sections as well as their reading series.

On the Brooklyn Waterfront since 2004 Freebird is a general used bookstore specializing in New York history and culture.

DUMBO based Singularity features vintage sci-fi, fantasy and pulp, hard copy and e-books, also gifts and the like. They revive lost and forgotten sct-fi and fantasy titles as e-books.

Opened in 2012 Molasses books is billed as Bushwick’s first bookstore and also hosts a variety of bookish events. Along with being the only bookstore in Brooklyn where you can trade secondhand books for a drink at the bar, Molasses is expanding into publishing.

Notwithstanding Thomas Wolfe’s much quoted lines: "Map or no map," I says, "yuh ain't gonna get to know Brooklyn wit no map.” The Brooklyn public library has aliterary map of Brooklyn. www.bklynlibrary.org/map/literary/

Click on the pushpin and get a verse or snippet of written tribute to some aspect of Brooklyn. While you’re checking out the map take a look at other portions of the web site of the Brooklyn Public Library

Incidentally, they’re looking for a communications coordinator, and it sounds like a fascinating paid position. www.bklynlibrary.org/jobs-business/jobs/communications-coordinato