Bolerium Books – LGBT Books & Ephemera Come Out of the Closet 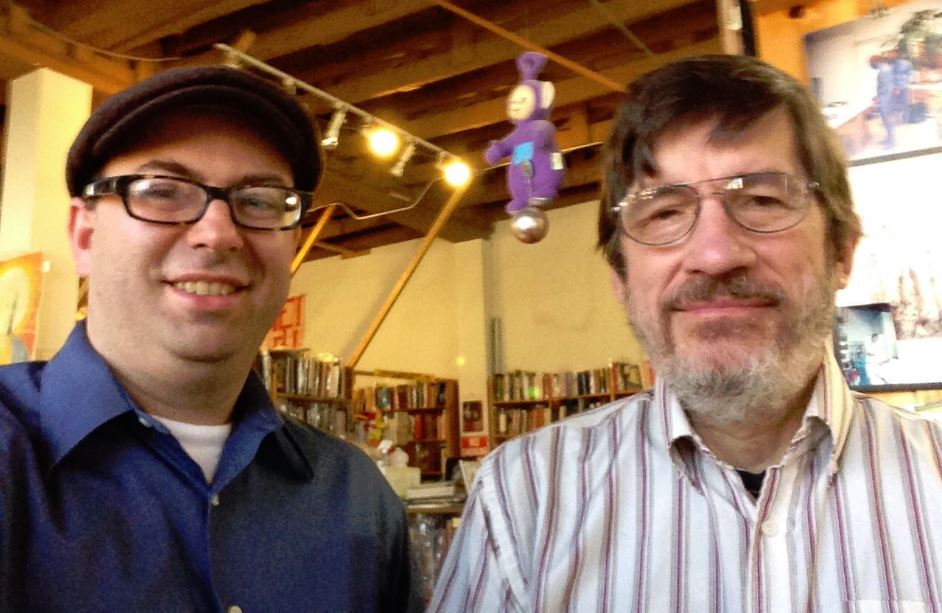 Positioned to tap the increasing interest in the field are John Durham and his junior partner Alexander Akin of Bolerium Books in San Francisco.

“LGBT is much more main stream now than it was,” said Akin. In his opinion that means the contemporary material has become widespread. It doesn’t have the rarity of older works. “What we’re looking for is formative stages, movements that were under radar.”

According Akin, “The real interest is in older materials. It’s the archival materials that are harder to find and under collected – Bolerium gets theirs from local gay activists who saved flyers, pamphlets, books and all sorts of collections. Because San Francisco is the center of the LGBT universe, “just by the fact we're in town we often get first jump on good material.” He also noted that a recent list on “Radical Politics and Gay Movement” with items priced from a few dollars to a few hundred completely sold out.

“Any time we’re contacted about gay collections we always ask: Is there ephemera? That's the part collectors often throw away thinking the value is in the books. But really it’s the other way around,” he said ticking off things like notebooks, scrapbooks, photos and similar items as the really desirable material.

“We love the people who just save every thing - they drove their families crazy…. It’s the hoarders who create the raw material for history.”

One particular item that came to his mind was the photo album of a gay army officer based in Japan in the 1950s. Bolerium sold it to a library. Akin said the quality of photos was remarkable – showing the officer and his lover and in military and public settings. It was a time when they were “deeply in the closet. The album was a window into a world that was hidden in broad daylight.”

Many of Bollerium’s repeat customers are universities, scholars and special collections librarians, he said noting, “We helped Harvard build quite an impressive collection about the history of AIDS. To our knowledge, it was the first disease that gave rise to a social movement.”

Akin said it is ironic that despite the shops interest in LGBT subjects both he and Durham are married and straight. In fact, he volunteered he doubted if he could be in the book business “if my wife didn’t make five times what I do by working as a tax specialist for a large American corporation. People tend to find some irony in that.”

When the ABAA book fair comes to Oakland in Feb. 2015 Bolerium expects to offer what Akin termed “a really wonderful assortment on European cabaret culture of the 1920s including gay and lesbian cabaret acts in Weimar, Germany.”

In addition to gender studies, the long established ABAA affiliate firm has made a name for itself in a variety of niche fields including protest movements, labor studies, and feminism. They are well known for a multitude of ethnic specialties including Afro-American, Chicano, Filipino, and Asian. Their politics are left and farther left and comes in all shades of crimson. Indeed their email address is reds@bolerium.com.

Their clients are international and many of long standing, including libraries and institutions, private collectors and other dealers.

The firm was established by Durham (and his then multiple partners) in 1981. Since 1985 it has been located on the third floor of an older building in San Francisco’s Mission district. The space contains large rooms on two floors and two storage units. Recently Akin said the neighborhood has changed dramatically. The downstairs, which used to be a Chinese sweat shop, then record studio is now filled with trendy tech companies.

Presently Bolerium has cataloged inventory 70,000 items, and a great deal that hasn’t been cataloged. According to Akin the original focus was on books, but the advent of the internet and the nature of the times have shifted the focus toward primary sources, ephemera, collectible leaflets, archives, activists collections and the kind of materials that are sought by libraries and specialized researchers.

Akin knows what he’s talking about. He started with Bolerium in 2007 when he said, “I was spending more than I could afford (at Bolerium) finishing his Harvard PhD in Chinese history.

“I could only afford so much, but Boleium had so many amazing things, I asked if I could work for store credit.” He first started sorting ephemera, and bringing up promising batches from storage. After a while he moved into other areas like cataloging and shipping. “Two years ago,” he said, “I came in as a junior partner.”

Senior partner John Durham is a minister’s son whose interest in radical politics and social movements of all sorts dates back to his family’s association with Glide Church and Foundation, one of San Francisco’s most progressive institutions.

His exposure to the work done by Glide gave him a ringside seat on a whole variety of causes in his early years in the city. The size and the particular niche areas of specialization evolved over time. In a May 2014 interview, Durham gives some of his recollections of how he came into the trade, how it has changed since the 80s, what are the pros and cons of the internet and some interesting comments of his colleagues and contemporaries. He tells an amusing story of how his lefty political views led him to attempt to “proletarianize” himself into a welder, a pre-book selling experiment that did not succeed, although he was fond of the all leather work duds. (See link to the Durham video interview at the end of the story)

Currently Durham thinks that the best inventory is “Anything we can make money on,” and stressed a wide variety of niches – as diverse as antique coins and gay pulps – (which he termed, “more nostalgia than anything else”). “If you read them they fall apart. They are our modern fist (sic) editions.” In his view “the most important book is the book that’s going out the door.”

As for his own future in the trade: “Alex will be taking over more and more, but I’m planning on being with Bolerium as long as I can. There will be a successor and it will continue after me.”

The Bolerium customer is equally as enthusiastic as the Bolerium dealer. Wrote one reviewer on Yelp: “This is one of the two or three best places in the country... perhaps the world... perhaps THE best place in the world... to look for and purchase rare radical periodicals. Its proprietor, John Durham, I've found to be the nicest, most knowledgeable, conscientious, and entertaining of booksellers I've ever met.”

Bolerium posts a different interesting item daily on it pages.

(Video) May 2014 interview with John Durham by ABAA