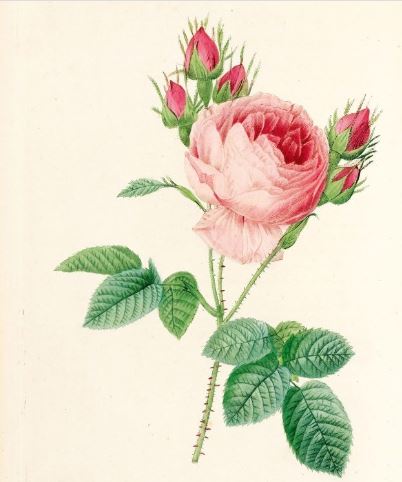 The Swiss auction house Koller Auctions will be holding a major sale on September 20 in the category of Books and Autographs. Switzerland is an appropriate place for this sale. It is an international country, where different cultures and people mix freely. The same can be said of the material offered, as it consists of works from different lands, people, and times. With the advent of internet bidding, collectors from around the world can bid at ease without making any long journeys. Book collecting today knows no boundaries, and what better place is there than Switzerland to symbolize the international aspect of book collecting today?

With almost 550 lots offered, this is a sale that will appeal to almost every collector's interests. The specific categories listed and their lots are:

While not separately listed, you will find some magnificent botanical illustrations within the Technology & Science category.

Not only is the material varied, there are items suitable for a wide range of collecting budgets. There are many items expected to sell in the low three digits in euros (somewhat less in dollars), while others are on the highest scale of collectability. We will mention a few of the items that are on the higher level, but those without four and five figure budgets can rest reassured they will find appropriate material here as well.

Philosophiae naturalis principia mathematica. Printing and the Mind of Man describes this scientific work as “the greatest work in the history of science.” Einstein was even more effusive in his praise. Copernicus and Galileo had led the way in predicting the movements of the sun and planets, but they did not explain the why. It was left to Issac Newton to describe the laws of motion and gravity which underlay the observations others had made. Newton also recognized that these were universal laws, ones that could be applied to observations on earth as well as those seen in the heavens. Offered is a first edition, published in 1687. There were two states of the first edition, the first with a two-line imprint, the second with three lines that included the name of bookseller Samuel Smith. It is believed that the second state was earmarked for sale in Europe, while the first was intended for sales in Britain. This copy is of the first state. Lot 353. Estimated (euros) €291,670 - €458,330.

The Holy Land. This first edition was produced in parts but is now generally found in sets. David Roberts traveled from England to the Holy Land, including adjacent areas of Arabia, Syria, Jordan and Egypt during the 1830's. Most people had limited familiarity with remains from antiquity that could still be found in the biblical lands, and at this time, just before the dawn of photography, Roberts determined to make images of what could still be seen available to the people back home. He was a master artist, and his drawings were both of high quality and quantity. A total of 238 colored lithographs are found in the six volumes. Roberts had the utmost praise for the work of his lithographer, Louis Haghe. This work is one of the most highly regarded books of its kind ever published, being described with such superlatives as the most famous of travel plate books, and the finest collection of prints of the Holy Land ever produced. Lot 386. Estimated €116,670 - €166,670.

Les Aphrodites. Robert-André Andréa de Nerciat was a French soldier and secret agent, as well as a writer in the days leading up to, and after, the Revolution. The writing was done on the side while serving as an agent/soldier. Andréa de Nerciat knew the age-old answer as to what people wanted – erotica (some would say pornography). If this is somewhat tame by today's standards, it certainly was beyond the standards of decency for its age, hence its popularity. Offered is a Brussels reprint edition from 1864, the rare luxury edition on China paper. Lot 246. Estimated €2,500 - €4,170.

Les Roses. Pierre-Joseph Redouté was a great artist and political survivor. He worked for both Marie Antoinette and Empress Josephine, and somehow managed to escape the brutal French Revolution in between. He may be the greatest of flower artists, and certainly is the greatest painter of roses. His precision and detail were outstanding; his subject matter of such beauty that artistic license was unnecessary. His Roses was Redouté's great masterpiece, a work of spectacular beauty. Offered is the third (second octavo) edition published in 1828-29, which contains 21 additional plates. Lot 331. Estimated €16,670 - €25,000.

Histoire naturelle. Georges Louis Leclerc de Buffon was a major 18th century French naturalist. The topics he considered were numerous; his writings prolific. He did not get everything right, not surprising considering how much ground he covered and the knowledge available to him at the time. Nonetheless, he was amazingly productive and a major force in moving science forward. Offered is the special edition of his Natural History published after his death, an 80-volume set. Lot 361. Estimated €10,000 - €15,000.

An online catalogue may be found at this link: www.kollerauktionen.ch/en/asp/search.asp?st=GK&dept=17&pg=1

The online catalogue provides a link on how to bid (and if you are not yet registered to bid with Koller, how to do so), and a link to ask questions.