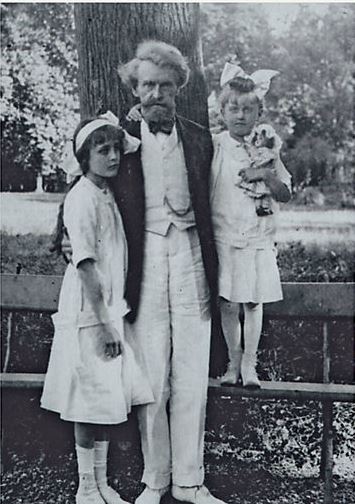 A few of the books that were offered in this sale included:

A first edition in the monthly parts of Charles Dickens' David Copperfield, described “virtually as new.” Sold for $43,750.

The most significant book of American poetry, the nation's “second Declaration of Independence” – a first edition, English issue of Walt Whitman's Leaves of Grass. Sold for $305,000, the highest price ever for a Whitman book.

An extra-illustrated copy, including two letters from author Charles Beaudelaire, with a first edition, first issue of Les Fleurs du Mal. Sold for $293,000.

La danse ancienne et moderne... a 1754 French book on dance by Louis de Cahusac. While it is hard to trace which family member was most interested in the other items, this one surely traces to Huguette. She was an accomplished dancer, having been taught by none other than the legendary dancer Isadora Duncan. Sold for $625.

An extensive notebook of handwritten poetry and prose by Robert Louis Stevenson (1871-79). It includes poems both later published and never published. Not sold.

Part of the proceeds of the sale will go to fund a foundation that is taking possession of the Santa Barbara, California, estate. Huguette's doll collection will go there. While she had contact with very few people as the years went on, those who knew her, even if only by written or telephone correspondence, knew Huguette as a kind and generous lady, just unusually shy.