Did the Police Chief Just Put Down Books? 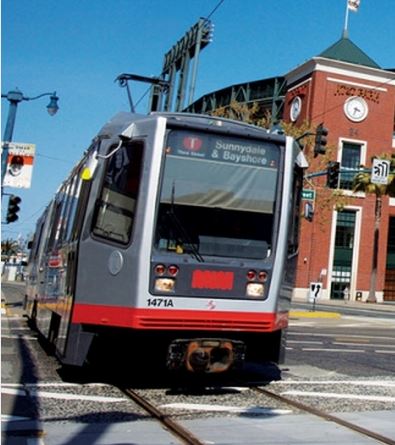 A safe place to stash your books (from the SFMTA website).

Did San Francisco's Police Chief just “diss” books? We aren't sure what to make of a comment he recently made. Surely, there's another explanation. From everything we know, Chief Greg Suhr is a fine man, an outstanding yet fair law enforcement officer, and loves puppies too. But books?

Last spring, the San Francisco Municipal Transportation Agency, operator of the city's Municipal Railway (Muni) and buses, announced a program to cut crime on its cars. Its program, in conjunction with the San Francisco Police Department, put more officers on them. The officers were there to stop crime and arrest offenders if necessary, but their primary value was as a deterrent. Thieves tend to be a little more reluctant to steal things when there's a uniformed officer watching them.

The major target of these thieves has been smart phones and other mobile devices. Evidently, these things must be easy to sell for a good price. The result was Muni named its project “Eyes Up, Phones Down.” Put that phone away and watch what the guy next to you is doing. Like freedom, the price of a cell phone is eternal vigilance.

“Eyes Up, Phones Down” has proven to be a great success. Muni reports that crime on the railway has decreased 30%, and cell phone thefts have declined by a whopping 77%. Mayor Edwin M. Lee announced, “We are reducing crime and increasing security on Muni so riders feel safe moving around our city.” He then went on to point out, “While enforcement is key, we need to take every opportunity to remind riders to be aware of their surroundings and help prevent crimes of opportunity - particularly in cases where thieves are targeting electronic devices.”

Chief Suhr went on to elaborate on this point. “We can be even more successful if riders would be more aware of their surroundings when using electronic devices. Maybe read a book while on Muni and wait to use your electronic device. We have no issues and/or concerns with book theft on Muni.”

No issues with thieves stealing books? Not even a little bit concerned? Doesn't anybody want books anymore? Is the issue that they are of such little value that losing one isn't worth the effort, sort of like someone stealing a stick of gum from your purse? Here's a piece of advice for the unwary – don't carry a copy of the Gutenberg Bible on a San Francisco city bus. The police are unconcerned.

Why is it thieves don't want books? I've thought carefully about this one and reached the following conclusion. It must be that they do not know what they are used for. Everyone knows the purpose of a smart phone, but a book...? What is this strange technology? So, here's some more advice. The next time you take a San Francisco train or bus, bring along a book. It will keep the thieves away. And, if you hollow it out, it makes a safe place to hide your cell phone.