The Facts on the Ground 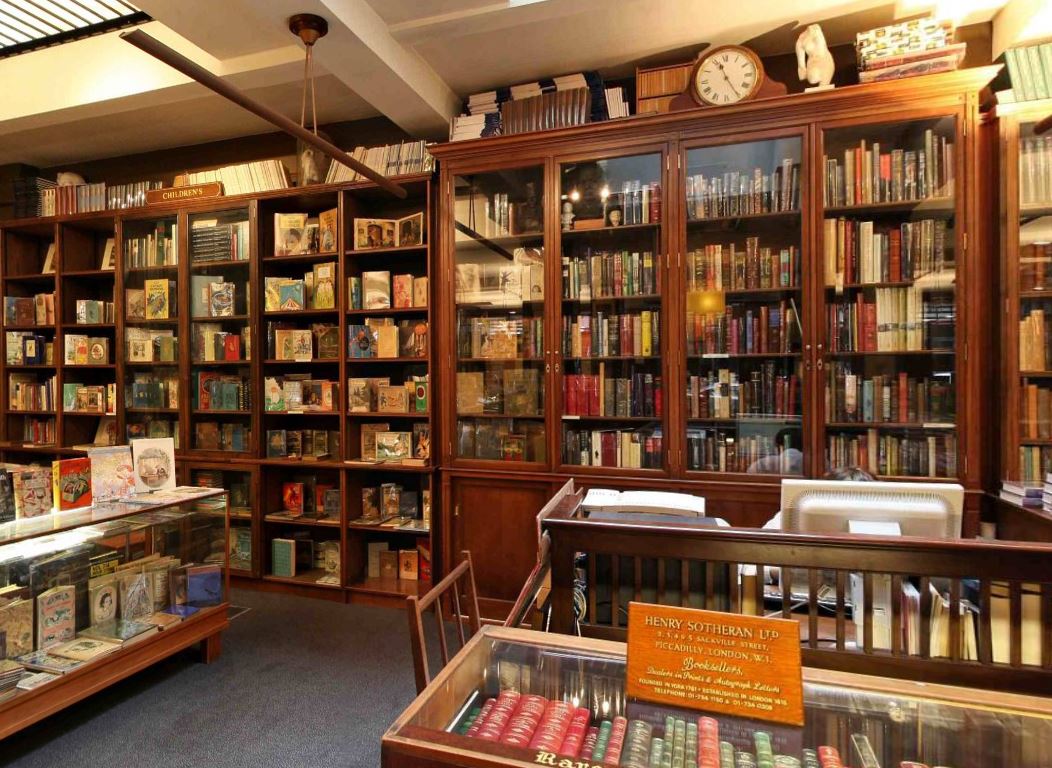 After over 250 years in business, Sotheran's has learned to adapt to change (from their website).

This is  the second of three articles on changes in the field.  Dealers adapt.  They are canny and need to be.

The book business is not going away but neither is it going to remain the same.  Virtually all things that can change do.  Elsewhere in this issue of AEM there’s a piece on a San Francisco Public Library’s Friends of the Library program that is converting discarded material into the two fuels that power libraries, a sense of purpose and money to support San Francisco’s Public library system.  Their project is the remarkable conversion of what, just a decade or so ago, looked like a local failing used book field – now experiencing a fresh incarnation.  Such stories will probably never be common but neither will they be rare.  Changing circumstances encourage innovation.

For rare book dealers the challenges are different but equally compelling because, as in all things, their only constant is change and they are living in a seismic era.  For San Francisco Public the catalyst has been price.  What once cost something often now costs next to nothing.  For dealers their seismic changes are availability and transparency, their determining factors rarity and relevance in an electronic world too often reduced to electronic contact.  Those dealers who long preferred to make their cases in person no longer have so many opportunities.  By some estimates 70 to 90% of all bookshops have closed over the past 30 years.  Human contact, it turns out, is possibly the Internet’s greatest casualty.  Today’s new normal places the written description-story-telling capability second only to the Svengali-esk capacity to find great material.  We know from the SFPL experience that there are lots of books out there.  They are handling 1 million volumes every 74 weeks.  Successful dealers handle perhaps a thousand a year, selling to collectors and institutions that rely on them for expert advice.  There is the great mass of material and then there are the gems.

Many booksellers years ago sensed that the internet would in time shift the setting of prices from the hands of the sellers to the “show of hands” of buyers.  Rarity is a much over-used term and the stacking up of unsold copies over the past ten years conclusively shown that this word and its meaning has been so misused as to be almost irrelevant.  Rarity now requires a third party reference.

However dealers do it, to succeed they have had to shift their focus to the highly uncommon where the defining issues are relevance and importance.  This trend has helped dealers with the intellectual chops to explain their material while forcing the sellers of the more common material into the “let’s make a deal" environment that listing sites have drifted into.

In this changing environment the periodic re-authentication of price in the auction rooms has loomed large in importance because prices on the listing sites have proven surprisingly inflexible.  The theory has been [1] "if I cut my price others will cut theirs and I will then gain nothing,” and [2] “the market always recovers so I will get my price.  I just don’t know when.”

These attitudes, now widely known, are encouraging buyers to look more closely at auctions because they reflect changing valuation, sometimes lower prices, and in any event “market certification.”  If an item purchased at auction is later sold its earlier auction authentication becomes very important for it provides a pricing history that fresh buyers often take into account.

For dealers fresh and special have long been important attributes of what they invest their money and time in.  Those who have made this transition can expect to continue to do well.  Those who have become bogged down with rank and file copies of the too frequently copious examples may find themselves having to send an increasing percentage of their stock to 438 Treat Street or other similar triage centers.

The final article in this series considers the role of auctions today. Click here to continue.