The Ever Changing Online Marketplace 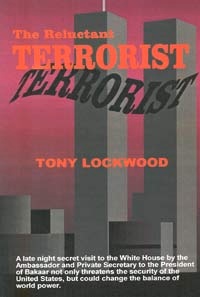 In a twist of awful irony, this book about a terrorist, with pictures of the Twin Towers, was given by the author to then Texas Governor George W.Bush

As people, we are creatures of habit, and that applies especially to our use of the Internet. We want what we want when we want it. This has worked well for marketplaces such as eBay and Amazon. The success of the Google search engine is another example, becoming the number one search engine within a six-year period of time. By building a better mousetrap, Google is attracting a good deal of attention with their anticipated IPO, with some analysts estimating the stock at being valued at over $12 billion. Google has introduced successful ad programs AdWords and AdSense, which are displayed with search results. As I noted in a previous article, if (or I should state when) Google ever decides to compete with eBay and other sites in selling books and collectibles in a similar manner (where they act as the middleman, bringing buyer and seller together), it would prove to be interesting. One step in that direction is the recent introduction by Google of Froogle. Another future scenario could even involve Google deciding to block certain competitors from showing up in search results, or having Google "marketplace" items show up at the top of search results.

One of the aspects of our bookselling business is wishing I had more time to fully read some of the books we sell. Such was the case with a recent 6 volume set on WWII written by Winston Churchill from a collection of WWII books acquired, written just prior to, or following the war. I have been using some of the books to research for my own book, which will highlight the wartime experiences of WWII veterans, and will include photos and accounts of their heroism. We also have acquired many recent books that are signed by the authors personally to George W. Bush when he was still Governor of Texas.

Another book sold of much personal interest was a rare Texas book dated 1845, Journal of the Texian Expedition Against Mier; Subsequent Imprisonment of the Author; His Sufferings, and Final Escape From the Castle of Perote with Reflections Upon the Present Political and Probable Future Relations of Texas, Mexico, and the United States. The title is a book unto itself almost. The author, a General Thomas Green, detailed his battles, imprisonment, and escape from the Mexicans during the war between Texas and Mexico. The book was published the very year that Texas became a state. Green went on to fight in the Civil War years later, dying while battling against Union gunboats on the Red River. The illustrations within the book were done by a fellow prisoner, Charles McLaughlin, which included battle scenes and a detailed foldout map of the prison grounds. After researching the different online avenues to sell the book, we chose eBay. If the book had been in better condition overall we would have used alternate channels and held onto the book longer.