A Passion for Books Gone Wrong 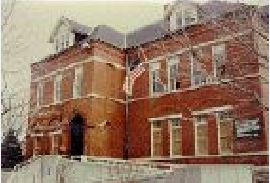 This is the story of a librarian who loved books too much. We see no need to name names as it seems more a tragic misdirection of passion than a desire to make money at someone else's expense. It's one of those stories that are hard to comprehend. Book collectors can understand the motivation, but not the means.

The website of the New Bedford Standard Times (Massachusetts) reports that a branch librarian in the New Bedford system was arrested for larceny for checking out 292 books but failing to return them. She did begin returning some, but only after an exposé in the local newspaper began to reveal her actions. The books are valued at $6,000, or around $20 per book. There is no indication she sold any, and most people don't steal $20 books if they are looking to make money. It seems she just wanted to have them. Indeed, the police described it as a case of “hoarding.”

The librarian, who began returning books after the publication of the newspaper article, was quickly placed on administrative leave. She remained on leave at the time of her arrest although the library board said that it intended to reconsider that status. Meanwhile, city officials put the library system's director on administrative leave and said his soon to expire term would not be renewed. He was not implicated in any wrongdoing but city officials felt he was not sufficiently proactive in reporting the problem to them.

The books were mainly mysteries and crime stories with a mix of other topics thrown in. Obviously, the librarian loved books, and way too much, but how one moves from here to there is hard to understand.