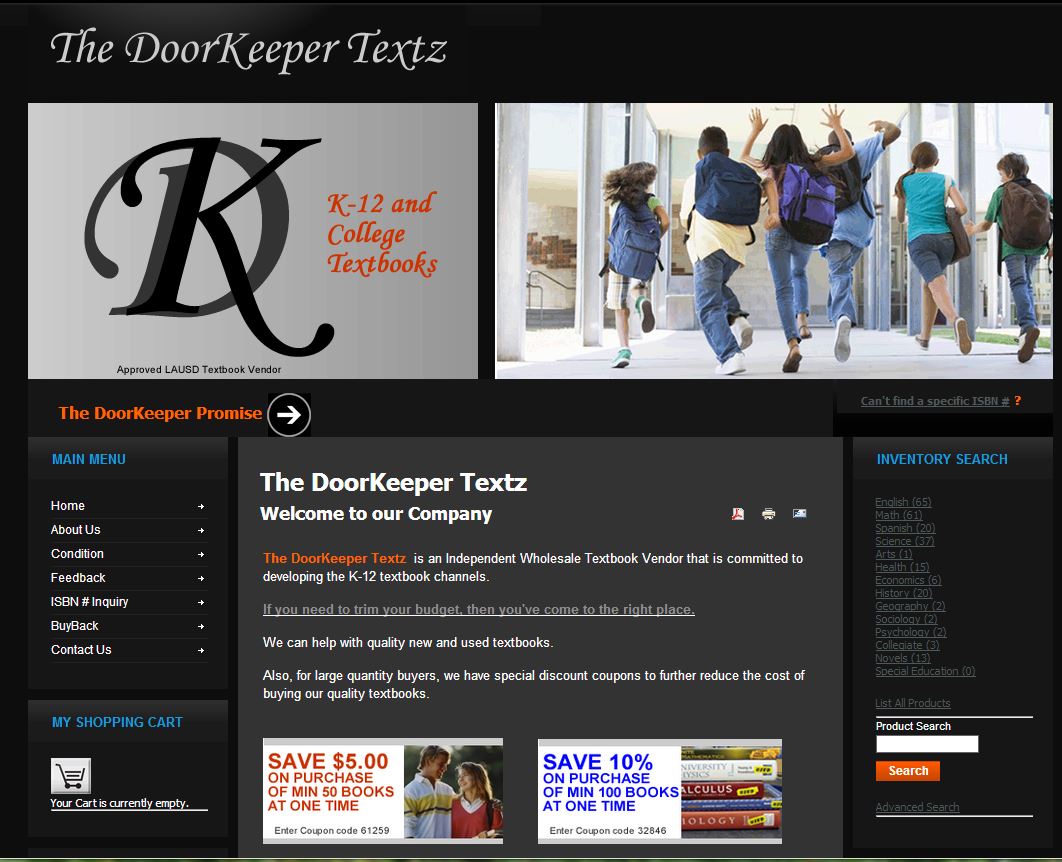 Defunct Doorkeeper Textz website. Are those “kidz” running off with stolen books?

There is a right way to trade in books and a wrong way. This is a story about the wrong way. Los Angeles area textbook wholesaler Doorkeeper Textz obtained its books in a very wrong way according to an indictment handed down by a Los Angeles County Grand Jury recently. That an occasional bookseller, like any other merchant, could go wrong is not astonishing, though disappointing. What is surprising is how many public employees he allegedly was able to get to participate in his scheme. This is public service at its worst.

According to the indictment, Corey Frederick, proprietor of Doorkeeper Textz in Long Beach, found a dozen different public employees who embezzled books for his business in return for bribes. They worked for schools in L.A. and surrounding communities, some in warehouses where textbooks were kept, others were even librarians. Reportedly, he went so far as to sell some of the books back to the schools from which they were pilfered.

According to the indictment, Mr. Frederick offered bribes to various employees in return for text books under their control. These were no small payments. Some ran as high as tens of thousands of dollars. The indictment does not spell out how many books were taken, nor their value, but considering the size of the bribes, they must have been substantial. The indictment claims the following bribes were made by Frederick:

Obviously, the Los Angeles School District needs to do a better job of screening its office technicians. That aside, one can only wonder how so many people could be corrupted. How was Mr. Frederick, if the allegations are true, able to round up so many people in public service without someone notifying the authorities? The alleged crimes took place between 2008-2010, but were not discovered until more recently.

From this list, we come up with $176,000 in bribes. While we don't know the value of the stolen merchandise, it must have been substantially more for someone to take on the risk and responsibility for selling it all. This represents a lot books, and now, sadly, a lot of bookings.