Books Stolen Nearly 40 Years Ago and Almost Forgotten Are Found 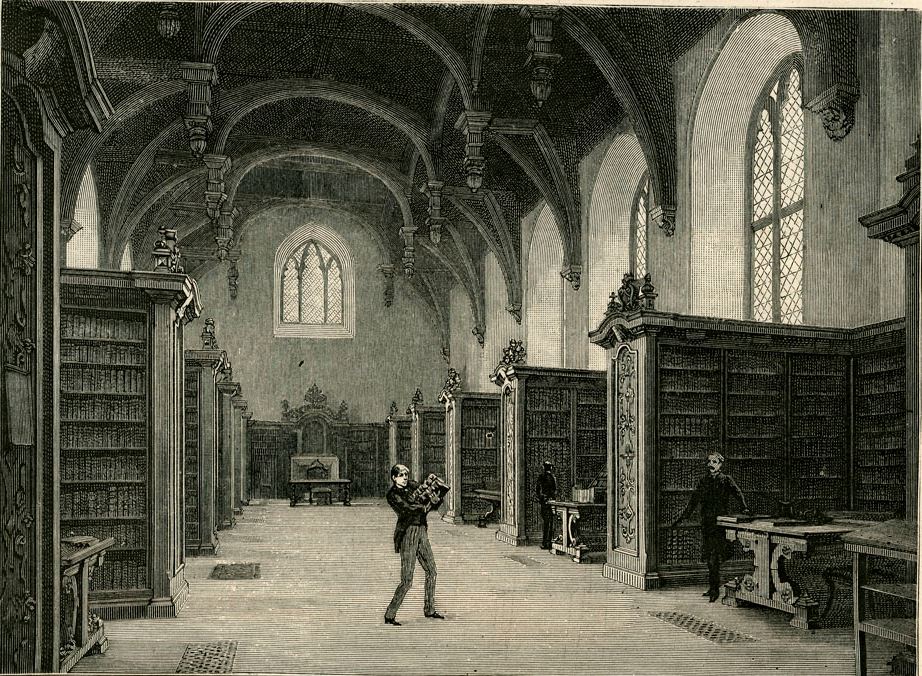 The interior off the Lambeth Palace Library as it appeared in the 19th century.

A long ago and virtually forgotten book theft finally has been solved. The major losses were discovered back in 1975 when a librarian at the Lambeth Palace Library realized some major items were missing. When the answer finally came, over three and a half decades later, the news was even more shocking than the original theft. It turns out that more than twenty times as many books had been stolen as anyone realized.


The missing cards made it difficult to know exactly what was gone. Additionally, a terrible event three decades earlier seriously compounded the problem. During the Second World War, the Lambeth Palace Library was hit by German bombers. Thousands of books were destroyed. It was never possible to make a complete accounting of what was lost at that time. The result was that it was sometimes assumed that missing books must have been destroyed during the war. Theft could more easily be covered.


When the theft was recognized, police were called in and a list of missing items, believed to be around sixty, was sent out to booksellers to be on the lookout. Something unexpected occurred. None of the books ever surfaced. One would think that at least a few would have been offered to a bookseller, brought to an auction, or some other means by which the thief could turn them into cash. It never happened. None of the books ever appeared. It was a mystery. In time, with the lack of activity, the case grew cold and forgotten. No one was really looking any more.


Then, in 2011, the latest librarian was contacted by an attorney. The attorney was handling an estate, and the deceased had left behind a letter of confession. The books were hidden away in an attic. The librarian went to investigate, and found that there were not 60 stolen books there as imagined, but 1,400.


Lambeth Palace is the home of the Archbishop of Canterbury, leader of the Church of England. It's original version was constructed around 1200, but naturally has changed much over the past 800 years. In 1610, the library was added, many of the books the gift of Richard Bancroft, late Archbishop who died that year. One would expect to find many ecclesiastical books in this library and would not be disappointed. Less obvious is that there are many other types of books kept there as well, ranging from early travel and discovery books to Shakespeare. Elizabethan England was a time of great discovery, explaining why much in the way of travel is included in the collection. Some of it took its own voyage to the attic of the thief.


The thief's intentions are still somewhat of a mystery. He did try to remove identifying marks from some of the books, though they tend to have been done crudely. Did he plan to sell them but thought the connection to the library still would be too easily spotted and got cold feet? Maybe he wanted to put them on display in a personal collection, but found his attempts to remove identification too obvious to dare? It seems odd that someone would steal 1,400 books to put them in an attic. A few of the missing titles were not found, so it is possible that he was able to move a few on, but it could not have been many or some would have surfaced over the years. One mystery was solved, but another has arisen. Why? Though the thief has not been identified, he has been described as “associated with the library,” which helps to explain how he made off with so many of its books.


While the library found out about the books in 2011, they only just made it known. Many books were damaged by attempts to remove all signs of provenance and the library wanted to make some progress in restoration before announcing the find. No estimate was placed on the value of the books, but it must be astronomical. Many were part of the original collection in 1610 and some likely extend into six figures. What 1,400 books from such a library are worth is hard to imagine.