The Book War at the French Auction House Drouot 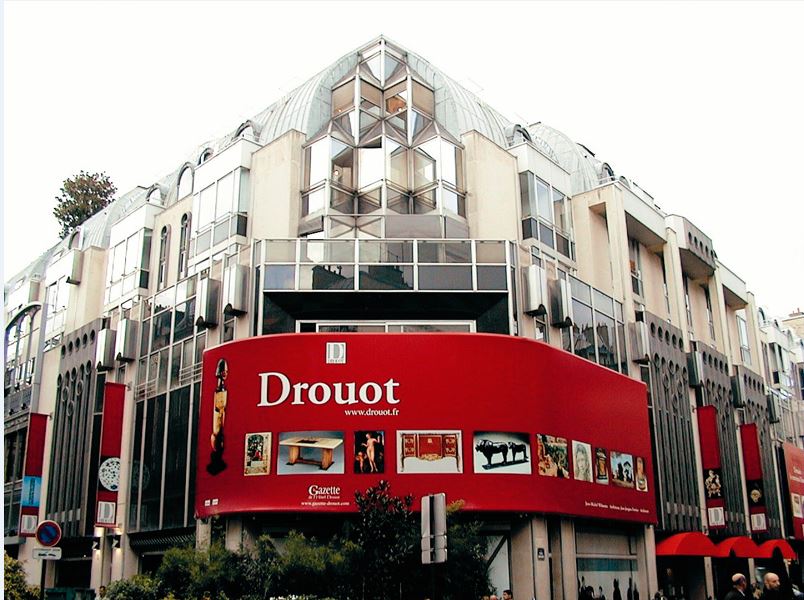 Things change, so does the French auction house Drouot. The walls of the common parts have been repainted in white, and a gorgeous modern staircase now leads you to the basement rooms. On March the 6th, the booksellers from Paris had all gathered in front of the doors of one of these rooms, impatiently waiting for their opening at 11 A.M. Business was on everyone’s mind, war was ahead. “Pfuuu, sighed someone near me, too many booksellers around...” His friend shrugged : “As usual when a real private collection comes out. At least it features unusual books.” This real collection, as opposed to made-up sales, was coming from a learned inhabitant of Avignon, and featured a few hundred books in different fields. There were also some 40 boxes filled with various books, not registered in the official catalogue. These boxes usually contain books of less value, incomplete or in bad condition. Bought as a whole, they appear to be somehow lucrative to minor booksellers.


This very day, the boxes were rushed at once and the best one was soon identified; it featured several post-incunables. Everyone kept an eye on everyone, anxiously watching their competitors. Some discreetly transferred books from one box to the other, trying to make up the best box possible, and to mislead other booksellers. “Don’t touch the books!” shouted the auctioneer several times. “No complaint will be recorded afterwards!”


The new rooms are very small. To have a look at a book, even listed in the catalogue, one had to pack up, push and rub, apologizing with dark looks. The auction house had run out of catalogues the day before (2,700 copies were printed - “It has a cost”, smiled an expert). It was impossible to get a copy. Those who left theirs on a table never found it again. The employees from the auction house were overwhelmed with inquiries, and only he who spoke the louder, and pushed the harder, had the privilege to look at a book. Sweat, sighs and almost tears…


The room was overcrowded. The early birds got all the few chairs. Others had to stand at the back, sweating and struggling with their bags and coats. The sale started with the box of post-incunables. Anxious to buy what they had previously seen (and not a reorganized box), people assembled around the box like seagulls around a shoal of sardines, shouting, sweating, cursing, raising their hand or their voice to be seen or heard – a peddlers’ business. One of the most famous booksellers of Paris, let’s call him Mr. Know-it, was on the battlefield, and he fought hard with an opponent, bringing the first box to 10,000 euros. Some treasure laid in this one. His reputation has earned him a follow-up of pilot fishes, who automatically overbid him, no matter what – the conditioned reflex of Pavlov. To leave them behind, he needs to reach the depth of money where they dare not follow him. As we shall see, he sometimes uses it as a weapon.