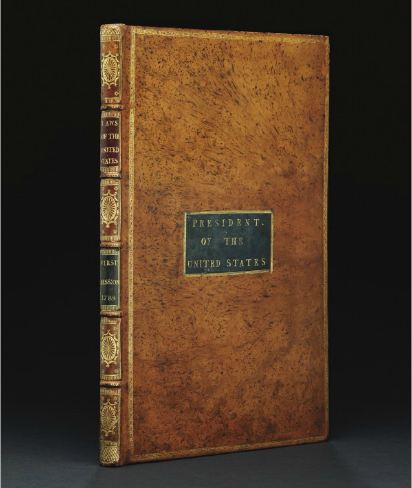 All else being equal...


This month we look back at 2012 at auction for our annual state of the book trade review. This is not because most books are bought and sold at auction. They are not. Most sell through dealer shops, online at listing sites or eBay, or through other private transactions. However, those transactions are hidden from the public eye. Only auction sales take place under the glare of the open market, so they provide our best look at what is taking place in the trade.


This past year's numbers indicate a decline in price, which seems consistent with unscientific, anecdotal comments from dealers. Still, this brings us back to that first line - all else being equal. All else was not equal in the auction rooms this past year. More books are appearing at auction. Whether this represents a shift in how books are sold, or reflects a greater quantity of books coming to market, is unclear. What it does say is that changes are taking place in the book market. A flood of books to a particular venue could push prices down while not necessarily being reflective of the overall market. Most likely it reflects some softening in price, but we cannot be as confident of this assessment as we would be if sales volume was similar while prices went down.


For example, one notable difference was the emergence of Heritage Auctions as a high volume seller. We've not seen anything quite like it before. Their share of books sold at auction rose from 1.7% a year earlier to 12.5% last year. Their median, as might be expected with such a high volume, was lower than average, skewing the numbers down.


Next, we look at the median price for books at auction, the price at which half of the items (which sold) sold for more, and half for less. For 2012, that number was $351.That is down from $378 the prior year. That is a drop of 7%, a not insignificant amount. Still, it is hard to determine whether the higher number of books being offered explains more of the drop than does a deteriorating market.


So... next we looked at the percentage of items which sold for more than their high estimate vs. the number which sold for less than their low estimate. This one was surprising. Last year, 51% of the lots which sold, sold for more than the high estimate, vs. 28% for less than the low estimate. The prior year, that ratio was 46%-30%. In other words, even though the median price was down, more books last year were selling for more than was expected than was the case the previous year. Unless auction houses were greatly reducing their estimates, which seems unlikely, books and related material were outselling expectations, and achieving a greater sell-through rate. This is not what we would expect from a depressed market. The result is that while we experienced a 7% decline in the median price of books at auction last year, it appears that this decline can at least in part be attributed to many more books being put up for sale at auction this past year, rather than declining interest.


What does this mean for the traditional bookseller? We have only anecdotal evidence of their sales, but it will surprise no one in the trade that we don't hear a great many dealers saying they had a bang-up year. Bookselling can be challenging these days. Traditional strategies, from issuing paper catalogues, to operating bricks and mortar showrooms, to attending book fairs, may not work as well as they once did. Nevertheless, it should be of comfort for those in the trade to realize that books are selling, and at a slightly higher rate at auction than a year ago. The market is still there. The challenge is finding it.


The volume leader this past year was Heritage Auctions, selling 27,662 lots. They now conduct some of their sales online. Runner-up was last year's leader, Kiefer Buch und Kunstauktionen of Germany, with 13,034. Despite slipping to second, their unit sales nonetheless rose 15%. Bloomsbury was the only other house to reach five digits, with 11,375 (note – major houses such as Sotheby's and Christie's are tracked by individual location, rather than combining all sales).


The highest median price went to Christie's King Street location in London, at $13,000. Also in five digits were Sotheby's in New York at $10,625 and Christie's in New York at $10,000. However, the highest average sale went to Sotheby's in London at $47,135. A higher average relative to the median indicates some very expensive items were among their mix. For those scared off by such numbers, the median at 16 auction houses was between $100 and $200. There are auction houses that feature many lots in double digits, affordable for those who don't frequent the halls of Christie's and Sotheby's.


Fall, followed by spring, remain the most active times of the year, with November again being the busiest month. However the greatest increases on a percentage basis came in some of the traditionally off-months, including July and January. With more material coming to auction, some houses have been holding sales in traditionally slow months, evidently attempting to avoid being lost in the rush of the busiest months.