And Then There Was One – Macmillan Settles eBook Price-Fixing Suit 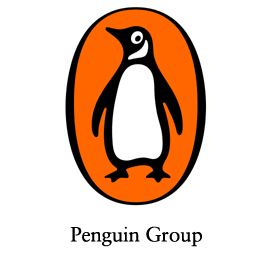 One more publisher accused by the U.S. Department of Justice of artificially fixing the price of eBooks has bowed out of the suit with a settlement. Penguin Group has joined Hachette, HarperCollins, and Simon & Schuster in settling the dispute with the Department of Justice. That leaves just one publisher – Macmillan – still in the suit, along with the firm with whom they allegedly conspired to fix prices – consumer technology giant Apple, the world's largest corporation. The suit, now between the DOJ and Apple/Macmillan, is scheduled to be heard in June 2013.


For a look at the mess leading up to this point, click here. Basically, Amazon set out to dominate the then new electronic book business by selling eBooks very cheaply, at prices not much more (occasionally less) than cost. It made it very hard for others to compete. The publishers did not like this pricing, because, although they were selling their books, they felt consumers would get so used to low prices, they could never raise them again. They were also concerned that if eBook prices were too cheap, they would have trouble selling more expensive paper copies.


Meanwhile, Apple wanted to sell eBooks, but not for an absence of profit. Apple likes to make money. The result, according to the Department of Justice, was that Apple and the publishers agreed to change the method by which they would set prices. Instead of a wholesale price, from which retailers could set their own prices, the publishers set the retail price, and allowed the retailers to make a commission (generally 30%). Those set retail prices, which Amazon was now obligated to use, were considerably higher than those Amazon previously charged. The DOJ looked at this and concluded it amounted to illegal price fixing.


On December 18, the DOJ announced that Penguin had joined the other three in abandoning their so-called “agency pricing” agreement with Apple (agency pricing is where the manufacturer, not the retailer, sets the retail price). According to the DOJ, “Before the companies began their conspiracy, retailers regularly sold e-book versions of new releases and bestsellers for, as described by one of the publisher’s CEO, the 'wretched $9.99 price point.' As a result of the conspiracy, consumers were typically forced to pay $12.99, $14.99, or more for the most sought-after eBooks.” Jamillia Ferris, Chief of Staff and Counsel at the DOJ’s Antitrust Division, added, “Since the department’s settlement with Hachette, HarperCollins and Simon & Schuster, consumers are already paying lower prices for the eBook versions of many of those publishers’ new releases and bestsellers.”


While the settlement has led to a reduction in some eBook prices, notably at Amazon, the settlement is being challenged by Apple. They believe their contracts with the publishers, in which the latter agreed to use the agency pricing model, are still legal and valid contracts. In other words, Apple maintains that the DOJ suit is bad law, and the publishers do not have a right to agree to a settlement which, in effect, overrides the Apple contracts with them. Apple considers those “agency” contracts to be legal and binding. If I were a betting man, I would bet against Apple on this claim, but I know betting is illegal, regardless of whether these contracts are, so I won't go there.