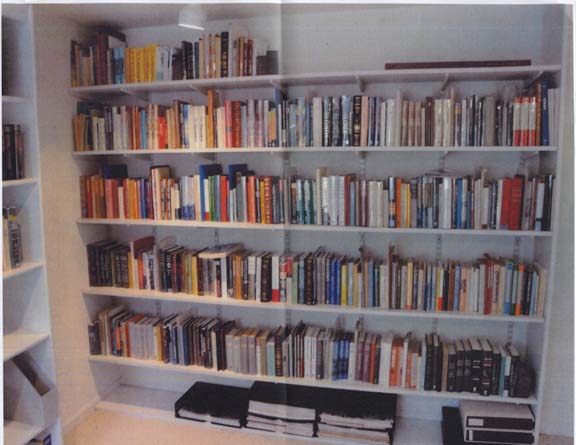 A portion of the Jemal Collection of Joyce Carol Oates material

Earlier this year Alex Jemal, a Michigan lawyer now in his 80’s, approached me.  He had built a collection of the writings of and as homage to Joyce Carol Oates, the later 20th century prolific.  Over her career Ms. Oates has written more than fifty novels and innumerable other pieces.  She was busy and popular at a time when reading books as a hobby was peaking and has since continued to write as cable television, the internet, iPods and iPads have elbowed books aside as sources of casual entertainment.  She continues today even as books, not so long ago our stalwart companions on planes, at beaches and on bedside tables, are now receding into the cablevision gloom.  She and her audience were once close friends but have since become casual, even distant.  Twenty-five years ago she was the answer to a $100 Jeopardy question, today probably $400.


Collecting is an uncertain process.  We, for many reasons embark on collecting adventures and become, by happenstance the prisoner of trends that move our subjects in and out of favor.  The initial decision may have been simple but such collections become complex interactions with the subject and the times.  If the commitment continues the collection becomes something between a hillock and a mountain.  For Mr. Jemal whose efforts have been consistent and his purchases incremental over three decades, the sum of his acquisitions is now a stunning number, some 1724 more or less.  He invested time but not a great sum of money, only about $120,000 or $70 an item and purchased the majority of his material a decade or two ago.   We know this because he kept meticulous records.  Few collectors know what they spent.  Mr. Jemal knows what he spent on postage.

Whether the money spent as a passion was also well spent as an investment is another thing altogether.  Collectors buy what they like and hope when the journey is done that others will value what they pursued.  With respect to Ms. Oates the public has liked her too much and a search on abebooks.com confirms it.  Her name finds 22,413 items for sale, the lady’s work interesting but not rare.  There’s also more of it than the 22,413 suggests.  Most prices are low so there’s probably plenty more to be posted if her prices get back to double digits.