The Newtown Book Fair has come and gone 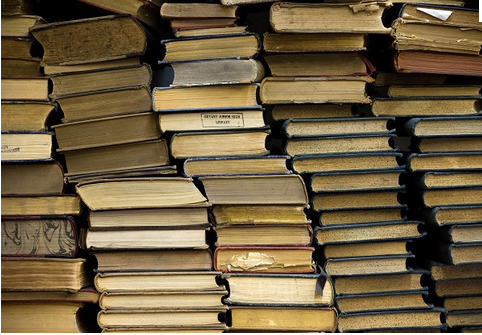 An affair of the heart: the C. H. Booth Book Fair

To put together a library organized book fair is a cooperative affair that requires countless donors and dozens of volunteers striving for the benefit of their institution.  It requires intelligence, planning and always some luck.  When it succeeds it means more than money, it suggests inclusion and confirmation of community values.  For many years the Friends of the C. H. Booth Library in Newtown, Connecticut that I wrote about last month, has been holding a fair and learning to succeed in new ways.  This year has been no exception.  As the report that follows from Toni Earnshaw details, their fair again succeeded.  Their success is well earned for books are broadly seen as cash equivalents whose exchange rates, vis a vis the dollar, are declining.  But books have also always been something more, a medium of exchange for ideas that many people care deeply about.  That is certainly part of the reason so many people come out to help the Newtown Library succeed.  And succeed they did.


Now that we have had a few days to tally up some of the results of the book sale, it looks as if we had a good year. The boxes used to save a place in the ticket line started to appear an entire week before the sale…. a record according to long time volunteers.  337 tickets were sold by 9 a.m. on Saturday. That's about 40 more than usual.  Our sales have continued to increase over the last 4 years and this year is no exception.  We made about a bit more than we made last year which is especially good considering two dealers we have counted on in the past did not come to this year's sale.  It appears that the dwindling number of book dealers is being offset by the number of individuals purchasing. 1,299 adults bought tickets the first day of the sale (children get in free). Could it be that the reports of the death of books has been greatly exaggerated? Well, at least for this year at this sale.  When you consider the cost of buying e-readers for a family and the cost of e-books, a book sale's bargains can't be beat.  Another success story was John Renjillian's Select List of Specials offered in our Rare and Collectibles Room.  According to John we sold 70+% of his list, which he suspects "is a record".  CD, DVD and record sales were also a bright spot. 3,616 CD's and 1,645 DVD's sold out with over half of them selling at full price.

It's always fun to see where customers come from.  We see cars with license plates from Massachusetts, Delaware, Pennsylvania, Florida.  More than one customer saw our road signs while touring New England and stopped in.  But it appears that most of our customers come from Connecticut, New York and New Jersey.  As I mentioned on the phone the Big Apple was represented when a cabbie drove his little yellow cab all the way from Brooklyn to buy books for a children's church reading program. It's buyers like that and the many teachers who come to buy books for the classroom  and the children who's faces light up at the seeming endless rows of books just for them that makes the future feel bright for books and readers and book fairs....at least for now.  And it gives the tired volunteers the impetus to do it all over again next year.

Thank you, as always, for your continued interest and support.