Sandras De Courtilz and His Little Book of Lies 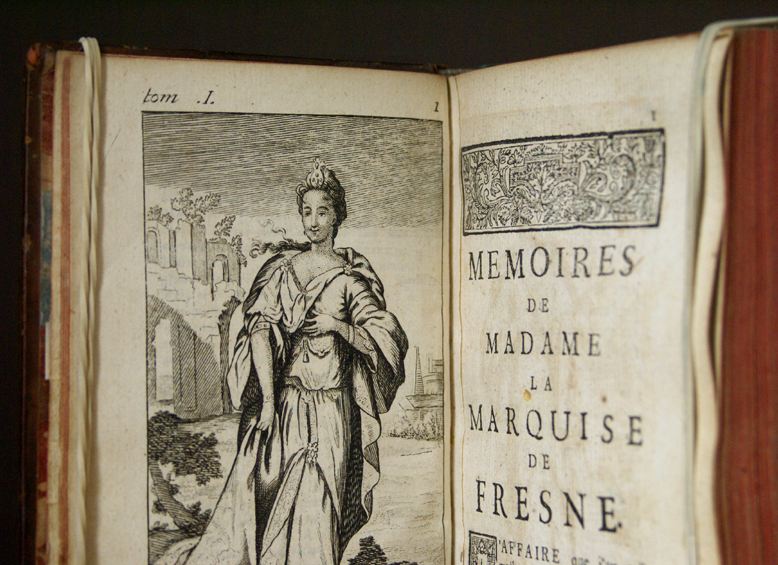 Last June, an auction sale held by Pierre Ségeron in Poitiers, France, featured an interesting selection of De Courtilz’ hard to find works. A prolific writer, author of Mémoires de D’Artagnan (1700), which inspired Alexandre Dumas for his novel The Three Musketeers, Gaetien de Courtilz, Sieur de Sandras, is an underground legend of French literature, the unwilling precursor of “ historical novels ”. He was, nevertheless, mostly despised in his time – and even afterwards. “ He was born in Paris in 1664, reads the Chaudon & Delandine’s Dictionnaire historique (Lyon, 1804). Once a Captain in the Regiment of Champagne, he went to Holland in 1683 to open a little office of lies (...) As prolific as trivial, he penned many a novels published as histories – thus even more dangerous as he hid his lies behind a screen of truth. Back to France in 1702, he was emprisoned to La Bastille where he remained under close watch for many years, and he did not come out until 1711.”


Louis XIV was very serious about satires. In 1694, for example, a lampoon entitled Scarron apparu à Mme de Maintenon (Scarron appeared to Mme de Maintenon) was anonymously published. It was a very harsh attack against the King and his last wife, Mme de Maintenon, widow of the free-thinker Scarron (author of Le Roman comique, then considered a trivial book). In his Manuel du Libraire, Brunet wrote : “ A companion and a binder, after being put to the question (torture, author’s note), both ordinary and extraordinary, where hung for having published, bound and sold this satire against the King. Two other accused were sent to the galleys, a fifth one was put to the question and almost sent to the gallows before a counter-order was sent, probably obtained by Père Lachaise (the confessor of the King, author’s note) whom the victim was a relative of. ”


A satirical writer, Courtilz surely felt more secure in Holland where he published, in 1683, the brutal La Conduite de la France depuis la paix de Nimègues (The Behaviour of France, since the Peace of Nimègues), “ in which he vomits impostures about his own country ”, reads De Feller’s Dictionnaire Historique (Liège, 1791). The reason he was hated so much is because he was an enemy of the Crown and an alleged Protestant – though he apparently professed Catholicism. “ When Louis XIV (...), motivated by his frenetic bigotry, went too far with the Protestants, Holland welcomed them warmly, wrote Léonce Jeanmart de Brouillant in his Histoire de Pierre Marteau (Quantin, 1888). Despite spying measures and death threats, the most intelligent and active part of the population migrated. Amsterdam granted these expatriates free exercice of their occupation and lent them considerable sums of money. (…) Holland, according to Bayle, had become the great ark of the fugitives.” As a “reformed ” country, Holland nurtured satires against the powerful Catholic congregation of the Jesuites that had gained considerable power in France, and against the most hated King of Europe – or the most feared, as you like it - Louis the Great. Holland and France went to war several times over this period. Satires were considered as weapons, their authors as spies and traitors.