Never Been a Better Time 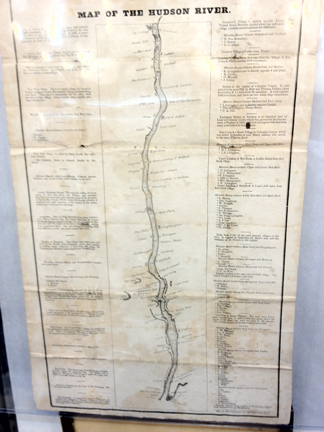 A rare, possibly important map of the Hudson River Valley in the late 1820s

The impulse is strong, but the well-worn paths to book collecting, thinned by increasing rarity and higher prices, have effectively closed off the building of significant book collections for the 99% who love books but lack the unlimited resources needed to pursue the best material.  For them other ways to build interesting collections are required and the evolving market is providing opportunities.

In its time the great material that circulated in the 19th century was broadly accessible and often unappreciated.  Sellers of used and old books in the 1830s routinely handled rare and important material and passed it along for a few cents.   Bibliographies, the databases of that era, were evolving but few had any sense of what would become important over the next two generations.  The great aggregators of the era were collectors and what brought the material to prominence were their later sales at auction, often to the rising generation of rare book dealers.  In time this material was sold to the greatest collectors of the later 19th century and often later gifted to libraries or sent back into the rooms.  By the early 20th century much of the best European material was identified and had began to disappear from the market.  Sabin would begin in the 1860s and others later complete in the 1920s his masterwork on American bibliography documenting more than 100,000 titles and many later editions.

In the ensuing ninety years scholars and dealers further documented collectible American books with the enthusiasm once reserved for important European works.  In doing this they extended the field into pamphlets and broadsides stopping only where the material was difficult to date and contextualize or was deemed unimportant.   In this way the genre of western Americana became an understandable field and potentially accessible.  Collectors such as Thomas Streeter then spent decades scouring the market for examples of the rare and unknown.  As it was with books in the early 19th century it was collectors who acquired and accumulated a generation or two ahead of emerging recognition that the field was highly important.  A few collectors always see these opportunities first.