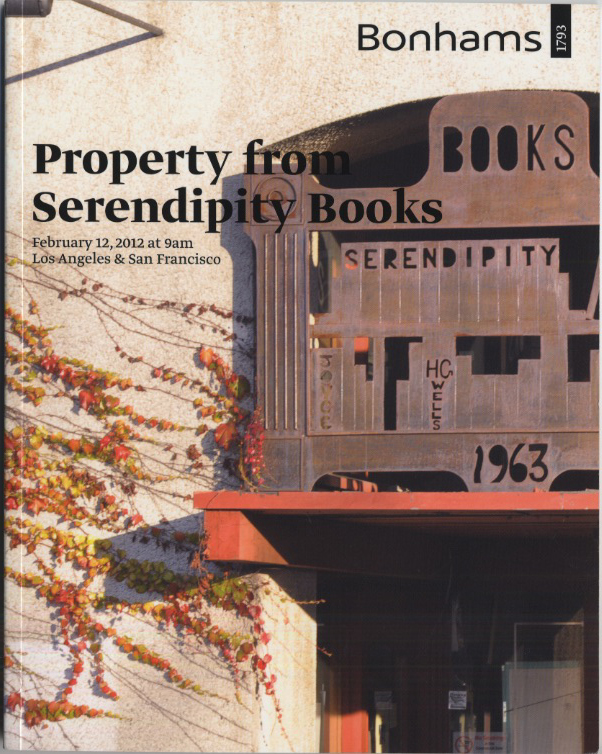 First Auction of the Stock of Serendipity Books

The second passing of Peter Howard, the selling of his remaining collections and stock begins this month with Bonhams sale on the 12th of 271 items culled from inventory.  The sale is scheduled to coincide with the ABAA Fair in Pasadena and touches upon many, even most aspects, of his career as a dealer focused on fiction.   Peter could be difficult but he had a great eye and many admirers.  Bonhams, in taking on the dispersal, confronts the unwinding of a dealer-collector-serial acquirer’s stock that had few equals over the past forty years.


Bonhams, having now reviewed some of the inventory of more than 200,000 items has issued a first catalogue, “Property from Serendipity Books”, that spans both the centuries and important sectors of collecting interest.  This first effort will be held at Bonhams LA and simulcast in San Francisco as well as being accessible online.

Offers for large parcels of the uncatalogued remaining stock will be considered.  Interested parties should make an appointment with Bonhams to view the inventory of both the main store at 1201 University in Berkeley and the warehouse in Oakland.

AE readers are very much invited to the reception! actually a champagne brunch the day before the sale –