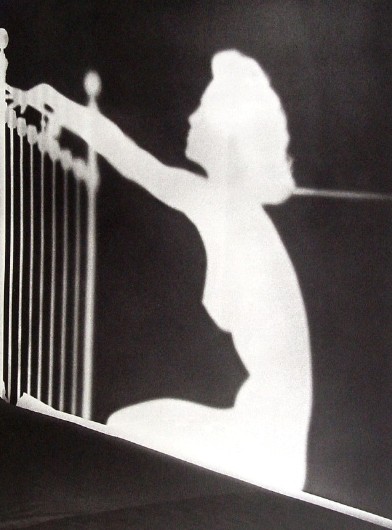 Madonna is also a famous singer.

BookFinder.com has released its annual report of the top 100 most sought after books on its book metasearch site. As a metasearch site, BookFinder searches multiple listing sites, such as AbeBooks, Alibris, and Amazon, and aggregates their results. What type of books do people generally search BookFinder for? Not new ones, as these are primarily old book sites. Nor are people likely to go to an aggregator to find what is common. The books on this list are likely to combine desirability with difficulty to find, which leads people to a search engine that searches many sites at once.


That said, we will proceed to the list of the most sought after hard-to-find, out-of-print books. Many of these are truly niche publications, the type of books not likely to have been printed in large numbers, but highly desirable to a select few. For example, at the end of the list, #100 is the fascinating sounding Basic Building Data: 10,000 Timeless Construction Facts. Try reading that cover to cover. Then there is #88, VLF Radio Engineering. Do you know what VLF radio is? I do, but only because I looked it up - very low frequency. It is used for communication with submarines that are near the surface. #87 is the ever-popular Chemical and Determinative Tables of Mineralogy. I won't even attempt to explain that.


Some books sound very weighty, such as #63, War in the Modern Great Power System, 1495-1975. Others are light and fluffy, such as #58, Pancakes A to Z. Pogo, the comic strip best noted for the quote, "we have met the enemy and he is us," has been out of syndication for 35 years, but evidently the swamp possum still has his fans as #41 is I Go Pogo. Carl Sagan has been gone fifteen years (hard to believe), but he too remains popular, with #15 being his Murmurs of Earth: The Voyager Interstellar Record.


Now, we go to the most sought after of all, the BookFinder Top Ten.


10. Mandingo, by Kyle Onstott. This 1950s novel about sex, violence and exploitation in the slaveholding, antebellum South would become a successful exploitation film in the 1970s.


9. Arithmetic Progress Papers, by H. Henry Thomas. Can't find much about this one, other than Thomas was an Englishman who wrote several "Progress Reports" going back to the 1950s. If anyone knows why this one is desirable, please post it at the end of this article.


8. Marilyn: A Biography, by Norman Mailer. Fifty years later and still all we need is her first name to know who this is.


7. Man in Black, by Johnny Cash. This one is rising up the charts with a bullet, all the way from #100 last year, as well it should for this legendary country singer.


6. Codex Seraphinianus, by Luigi Serafini. This is a creative though strange work, a "serious" illustrated book about a fantasy world written in an internally correct but incomprehensible tongue.


5. In a Dark Place: The Story of a True Haunting, by Ray Garton. This "true" story is also true fantasy, but author Garton was obliged to treat this account relayed to him by residents of a "haunted" house as if it were real, though not even he believed it.


4. My Pretty Pony, by Stephen King. This is a short story published in a relatively small number for something by the immensely popular King.


3. Rage, by Richard Bachman. No, this is not Michele's husband. Stephen King, by any name, is very popular. Bachman was an early pseudonym used by King.


2. Promise Me Tomorrow, by Nora Roberts. This one is apparently so bad that not even the prolific Roberts likes it, so she has refused to let it be reprinted. So, as if there aren't enough other Roberts books to choose from, everyone wants this one.


1. Sex, by Madonna. What always sells? Year after year, this 1992 limited edition pictorial essay of the pop songstress in varying stages of undress tops the list. She may not be on the top of the Billboard charts any more, but Madonna continues to rule the BookFinder top 100.