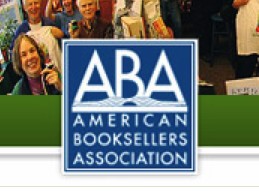 The American Booksellers Association is taking on Amazon.

Meanwhile, other states with less obvious connections reached for new ways of finding "nexus." New York, California, and Illinois, among others, deemed local website owners who collect commissions from Amazon for sending customers their way to be agents of Amazon. In-state agents equal nexus in their opinion. Amazon responded by cutting off relations with those "agents," except in New York, where they are mounting a legal challenge.

In California, a law was passed requiring online retailers to collect sales tax. Amazon declared the law to be unconstitutional, but then took the extraordinary step of filing a proposed voter referendum with the Attorney General to have the law repealed. If they can gather enough signatures, the proposition will appear on an election ballot next year. Californians have a history of supporting anti-tax referendums.

ABA CEO Oren Teicher issued a statement in response saying, "Having long behaved as if tax laws don’t apply to them, Amazon.com has now announced its intention to spend millions of dollars in an effort to get a tax-evasion referendum on the ballot in California. The time has come for Amazon.com to collect and remit the required sales tax - just like every other [40,000] California retailer."

Meanwhile, at the Federal level, a bill has been introduced entitled the Main Street Fairness Act, sponsored by Dick Durbin (D-IL) in the Senate and William Delahunt (D-MA) in the House. It is designed to take advantage of the opening in the Quill case to allow the federal government to require online merchants to collect sales taxes. The Main Street Fairness Act would require all merchants to collect sales tax from customers in participating states. Essentially, states could participate by agreeing to a number of conditions designed to make assessment and collection of the tax easier for online merchants. It would set up a "centralized, one-stop, multistate registration system" so that retailers would not have to deal separately with 45 taxing authorities. States would have to provide uniform definitions for products so as to reduce confusion over what is taxable, and certified taxing software would be made available on which retailers could legally rely. Uniform methods for filing returns would also be mandated, with local taxes collected at the state level. States would have to provide reasonable compensation for the costs of collecting and remitting taxes. There would also be a "small seller exception" to the requirement to collect sales taxes, but what constitutes a "small seller" is not defined.

In arguing for the bill, Senator Durbin stated, "Why should out-of-state companies that sell their products online have an unfair advantage over Main Street bricks-and-mortar businesses?" He went on to say, "The Main Street Fairness Act doesn’t ask anyone to pay a single penny more in taxes." Technically, the Senator is correct. When you purchase a product online from an out of state vendor, you are supposed to pay a "use tax" on it to your state taxing authority. The use tax is the exact same amount as the sales tax. However, in reality, few people do so. The truth is the Main Street Fairness Act is simply about collecting taxes already due, not inflicting a new one, but use tax evasion, whether knowingly or not, is so widespread that many people think of it as a new tax. Durbin estimated that between 2009 and 2012, states would lose as much as $37 billion in uncollected sales/use taxes.

We asked ABA CEO Oren Teicher whether the complexity objection to online sales tax collection was compelling. He was not buying into the argument, particularly with respect to Amazon. He noted that there is compliance software currently available, such as OneSource and AvaTax, and other vendors complying with the Streamlined Sales and Use Tax Agreement (the blueprint for the Main Street Fairness Act). He added, "And while a remote retailer like Amazon.com will tell you that complying with the myriad taxing jurisdictions is simply too complicated for them, Amazon.com itself once provided an integrated e-commerce sales and use tax system for companies like Target, which has stores in every state. So a company like Amazon.com already has the software in place. The notion that complying with the law to collect sales taxes is an undue burden on interstate commerce is simply no longer the case."