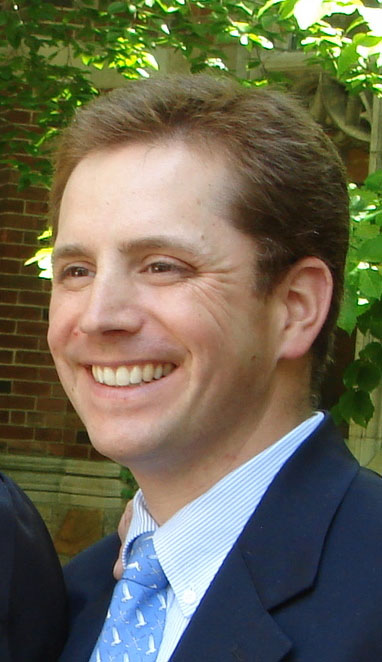 After five years in the rare book trade, Joe Newman, of Milford, Connecticut spent the next six selling paintings for dealers in Connecticut and New York, while writing a novel and going to graduate school for an MLA in Literature and Creative Writing.  The common denominator uniting these experiences is a love of history. Joe’s desire is to make rare books, fine art, and writing part of his everyday experience, in other words, to make a living from a love affair.  At thirty-six, now with a wife and two daughters, with his first novel behind him, in print and available from the principal booksellers online, he looks to make history in all its forms his life.  He is becoming a bookseller for the long haul.


The paths that booksellers follow in establishing themselves in the trade are rarely straight and his is no different.  Fresh from college, he worked briefly in the late 1990s for Rob Rulon-Miller in Minneapolis before heading to New York to work for Barnes & Noble.com in their fledgling used and rare book department.  Soon after, he moved on to New Haven to work for Bill Reese for four years.  While there he began work on his first novel, The Freeman’s Oath, a coming-of-age story about a young, struggling bookseller who discovers the only known copy of the Oath of a Free-man, the first document ever printed in British North America. In 2002, while working for William Reese Company, he entered graduate school in Cambridge to hone his writing skills and obtain a master’s degree. After leaving William Reese Company in 2004, he spent a year writing his novel before entering the art business in 2005 to focus on paintings with historical themes.


During his years in the art business, he worked at the Cooley Gallery in Old Lyme, Connecticut, the home of American Impressionism. After the Cooley Gallery, Joe worked at a prominent Upper East Side gallery and a leading American auction house before setting out on his own this past June. During these years he honed his perspective on collecting, concluding that many among the next generation of collectors would approach their avocations in a non-sectarian way, mixing books, manuscripts, maps and ephemera with paintings.  His unusual background in both books and fine art prepared him for this new perspective.