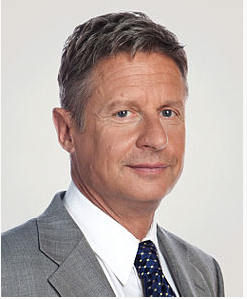 The next Republican candidate for Vice President: Gary E. Johnson

Moving up the list number 4 is a surprise.  It’s Roy Moore, the former Chief Justice of the Alabama Supreme Court with a shocking 38,490.  Dom Perignon and grits are in order.


In third place is Andy Martin of Illinois who comes out every four years to further fill his “I’m running for President” scrapbooks.  At 47,406 he’s a serious player this year.  He turns out to be the “I feel like I know the guy” guy who no one actually knows.


In second place is Gary E. Johnson of New Mexico who has a big count, 65,995, and two like-minded citizens of the same last name who, as former Presidents [Andrew and Lyndon], are paving his way to the Vice-presidential nomination.  He looks like a done deal.


But who will be on top of the ticket?  That’s right, you already know the answer, Ron Paul, the US Representative from Texas, who with 77,855 references to his last name in the AED, is the shoe-in.


So button, poster and tee shirt makers can start to gear up.   You now know where to start.   That is, unless the scoring this years turns out to be like golf in which case Pawlenty and Santorum can start working on their acceptance speeches.  If you remain uncertain or simply unconvinced I suggest you draft a candidate named Smith.  At 98,848, he’s the equivalent of the walk-off home run.