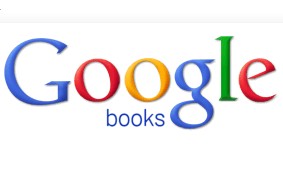 A hearing on the Google Books settlement has been postponed to July with no indication that the parties have been able to overcome the thorny issue that led a judge to strike down the original settlement. At stake is potential online access to millions of books published after 1923 but no longer in print.

This case started out as a suit between Google and groups representing authors and publishers over books potentially still under copyright, but long out of print. Google began posting at least portions of such books online, but without permission from copyright holders.  It was not that Google sought to avoid the copyright holders' rights, or evade their responsibility to pay royalties. It was, rather, a case of it being virtually impossible to locate copyright holders of long out of print books, many of whom are long dead, and the inheritors of these rights unknown and even harder to find. Many, undoubtedly, have no idea they inherited the copyright to an obscure book few purchased when it was new, and maybe no one has purchased in over half a century.

When Google began posting this material, groups representing authors and publishers sued. This suit led to a settlement between the parties. Google would be permitted to continue scanning and making these books available online for a fee, but 63% of the income obtained from these sales would be set aside for the copyright holders. However, the copyright holders would first have to notify Google of their rights to collect since Google had no practical means of finding them.

This agreement satisfied Google and the author and publisher groups, but others, including the U.S. government and different authors and publishers (as well as Google competitors) objected. They said that regardless of what the parties to the settlement thought was fair, allowing anyone to publish copyrighted material without first getting permission violates copyright law and therefore must be struck down. Essentially, the Judge agreed and struck down the settlement.

So, it was back to the drawing board for the parties to the original lawsuit, to find a settlement that not only satisfied themselves, but also the Judge and others who objected. Originally, they were to meet with the Judge on April 25, then June 1, and now July 19. The delays are not surprising. This is a seemingly intractable problem. It's not surprising that the parties are having difficulties. The authors and publishers want a fair share, and 63% evidently sounds fair to them. On the other hand, Google needs to be able to scan these books without the headache and cost of trying to track down all of these hard-to-find copyright holders. It's hard to see how they can absorb the cost of trying to locate millions of lost copyright holders for books that will have limited sales for 37% of the revenue, or even 100% for that matter.

Unfortunately, this is not an issue Google and the author and publisher groups can readily resolve among themselves now that the Judge has said no to their settlement. Exactly what these parties can do now to keep each other happy, let alone keep those who objected to the original settlement and the Judge satisfied too, is hard to fathom. Someone is going to have to come up with a creative solution or else access to millions of out-of-print, virtually forgotten books will once again be lost. The parties to both the settlement and the later suit will all survive if no settlement is reached. The authors and publishers weren't making any money off of these old books anyway, the objectors for the most part are happy to kill any deal, and this is hardly the biggest kettle of fish on Google's table. The only real losers will be the public. Sorry, loser.


Editor's Note:  For a different perspective and experience from an author see the letter dated in July 1, 2011, in the Letters to the Editor. Click here to view.