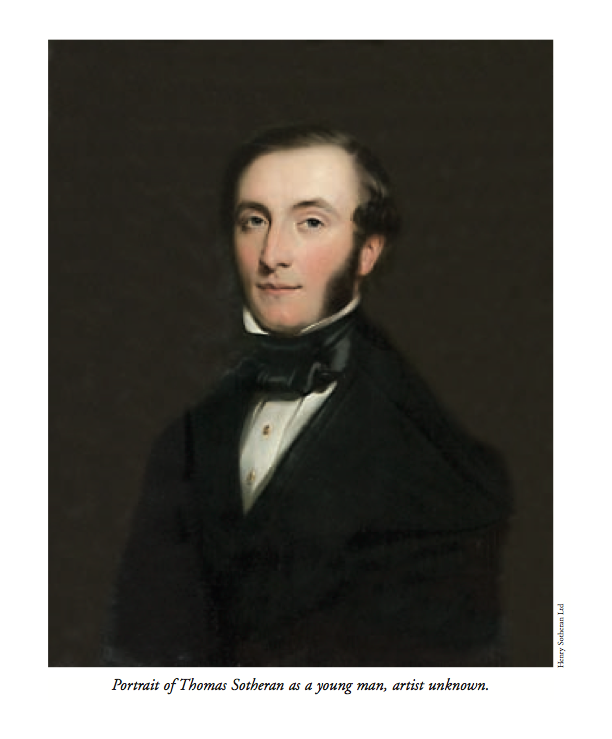 A book about Sotheran’s, the London booksellers has recently been published to celebrate its history.  Its title, taken from the company’s telegram address is Bookman:  London  - 250 years of Sotheran bookselling.  The author is Victor Gray.  It is an exceptionally well-written story.


Against a history that reaches back to the enlightenment and halfway to the age of discovery Sotheran’s bookshop in the United Kingdom is celebrating its 250th anniversary, a rare achievement in any era and an extraordinary one in the complex world of which the firm is a part today.  Men make fortunes, live and die, and are forgotten in a few decades.  Companies outlive them but barely so, demise so common it’s expected.  But a few companies make it through and Sotheran is one.  These days nine of ten new ones disappear within a year.  Sotherans has seen the New Year two hundred and fifty times.


In England in 1761, the year Sotheran was foundeded Wedgwood was two years old as was Guiness the Irish brewer.   Faber-Castell was a German start-up and in America Fraunces Tavern, where George Washington would deliver his farewell address in 1796, serving its first beer.  In England the industrial revolution, a hundred years to fruition, was beginning and literacy, handmaiden to its eventual success, becoming an English national objective.  There was already a small but growing role for printers and publishers, an outcome of the enlightenment that was itself a child of the age of reason.  The gathering realization that literacy would be essential to national development and that efficient transfer of knowledge would be achieved via the printed word now brought booksellers into a critical nexus with national ambition.  There was little to suggest it but books were entering their golden age for they uniquely could carry knowledge into the far corners, the printed word as pioneer and conqueror.  Print in all its forms would provide foot soldiers for England’s emergence as cradle of the industrial revolution, then support its rise to imperial power and later its development as leading exporter of equipment to support industrialization abroad.  In all this the transfer and spread of knowledge was key and the printed word the exchange mechanism.  And Sotheran was there, a start-up so to speak, almost certainly without any idea of what would lie ahead.  Most booksellers are rodeo riders, the trip exciting and all too brief.  Sotheran’s journey, begun during the French and Indian War, would become a marathon.