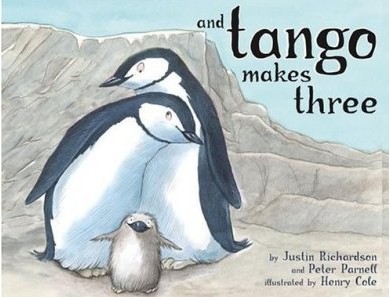 Statistics released by the Association of American Publishers reveals that in February, electronic books became the largest selling book format. For the first time, they surpassed paperbacks. In January, paperbacks were still leading the way. These figures were gathered from publisher sales figures. Sales for e-books have grown more than 200% since the previous February. Meanwhile, sales of printed books continue to lag. In January, Amazon.com revealed for the first time that e-books had outsold paperbacks on their website. That is more to be expected on a website, where downloading is instantaneous, but that e-book sales have so quickly come to lead among all sources is something of a surprise. The evolution has been swift and dramatic.

Gary Indiana's Library Board has announced that it will be closing down its main library at the end of the year. Four of five branches will remain open. The vote was close - 4-3 - but Gary is an example of current economic problems taken to the extreme. Gary grew to great heights during the first half of the past century. It was founded by U.S. Steel, and America's largest steel producer provided lots of good, industrial jobs. The main library opened in 1964, just around the time the American steel industry was peaking. The prosperous American Midwest was about to become the "Rust Belt," and Gary, as much as any city, its symbol.

According to the 1960 census, Gary, a city that did not exist in 1900, had 178,000 residents. Today, there are fewer than half that number, just 80,000. There was another 22% drop in the last decade alone. And, many of those that left were people of middle and upper middle class incomes, replaced mostly by poorer minorities. So, Gary has been faced with fewer residents of lesser means, a declining property-value tax base, and now a recently adopted statewide property tax limitation that will further devastate Gary's revenues. We hate to see libraries close, particularly in poorer neighborhoods where people need all of the services they can get. Still, it is hard to imagine what else the Board could do in a situation where their revenues are about to be cut by more than half. Ultimately, the choice was between closing the main library, the most expensive to operate, or the branches. It chose to keep four branches around the city open on the grounds this will provide services closer to home. It is likely around 30 employees will lose their jobs, some through layoffs, others attrition.

The American Library Association released its list of the… hmmm… not sure whether this is a most popular or least popular top 10. This is a list of the ten most challenged books at libraries, as compiled by their Office for Intellectual Freedom. In other words, this is a censorship list, the books various unhappy people have attempted to have banned from their local public or school library. The reasons are the usual - sex, sex, and more sex, along with sexual orientation, drugs, offensive language, violence, and ruffling someone or other's religious feathers. We publish the list here because we know, going back to the old prohibition lists put out by the Church in the 16th century, if it's on someone's banned list, you will want to read it (perhaps that's the only reason for reading a few of these).