Collecting for Today and for Tomorrow 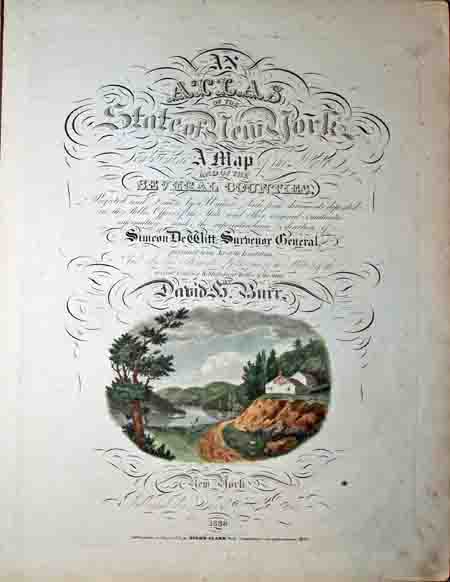 At the recent ABAA Fair in San Francisco desire and logic met head on when I saw a very nice copy of Burr’s New York Atlas.  It is apparently the 3rd or 4th edition that has the Ithaca, New York indicia with an 1840 imprint on the title and some maps inside dated 1841.  The spine has been replaced and the atlas is described by the seller as “otherwise an exceptional copy.”  It is very clean and bright and a natural inclusion in my collection of the Hudson Valley in the 19th century.  I have been looking for one of the early issues for some time and Bernard Shapero, the London dealer called me about this copy when he saw it at the Miami Map Fair a year ago.  At that time another dealer was looking on my behalf and I didn’t seriously consider it.  The first edition is very desirable as Rosenbach testified in his famous catalogue – The Sea in 1938:

ORIGINAL EDITION OF ONE OF THE FINEST AND MOST SUMPTUOUS STATE ATLASES EVER ISSUED. There are fifty-two colored maps, the map of New York City being in two parts, each with a page of text giving the statistics of the county portrayed. On the half-title appears the signature of John S. Van Rensselaer. A FINE COPY OF THE BEST ATLAS OF NEW YORK STATE.  $150

On AE, using our current valuation software, the value of the Rosenbach copy today is estimated at $7,720.  The copy offered at the book fair, a third edition, is available at $18,500.  The Rosenbach copy is a first edition with an important provenance.  The six copies that have sold at auction since 1996 have an estimated current value of $12,137.  One of those records, the Babinski copy in 2005, brought $29,900 at Swann.  That record aside, the other five sales I examined suggest a current valuation of $9,301 and a probable reappearance at auction within three years.  Third editions are rarely worth more than firsts.